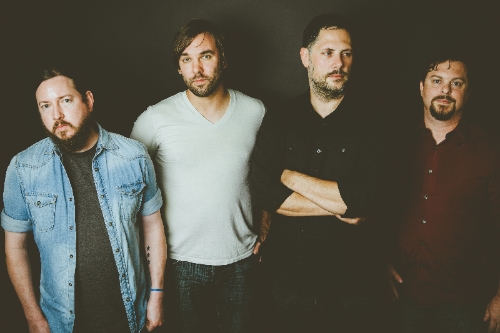 As well as a 2CD physical release of the compilation, Xtra Mile Recordings will also reissue both The Power of Failing and EndSerenading on coloured heavyweight double 45rpm vinyl. You can preorder those here.
Meanwhile, the band are set to play a few dates in Europe and the UK in the new year following their US tour, which starts with a number of dates in New York this week. Tour dates for Europe below.

Also on the live front, the band played their first show in 17 years, in their home state of Texas under the name ‘The Parking Lot’. Check out the footage here:  bit.ly/1untwOF

Mineral formed in 1994 and disbanded in 1997 just before the release of their second album Endserenading. Despite a surprisingly small amount of time together, they’ve been cited as inspiration by a host of bands and artists, including Xtra Mile’s very own Frank Turner.

Taking the baton from mid-nineties emo band Sunny Day Real Estate, they crystallised the slow, melodic loud/quiet dynamic that wax sealed the genre, crafting an eternally distinctive and beloved sound. Their debut album The Power of Failing is a passionate paean to spirituality and love, bathed in crescendos of hollered guitar, while posthumous follow-up EndSerenading – finished after the official split of the group – broods and simmers with patience, pain and redemption. Both albums are recognised as essential, packed with trailblazing cuts which have since informed plenty of peers and imitators, while never being bettered.

The band reunited in April this year – 20 years after the original formation – and will play their first dates in 17 years this autumn, starting in New York City.

LA Weekly’s West Coast Sound claimed ‘The Power Of Failing’ as one of the ‘Top 20 Emo Albums in History,’ writing: “The empyreal finger-picking crescendos, the punch-to-the-gut octave note explosions, the not-quite-in-key vocals issuing soft-then-screamed confessions about the shortcomings of self – it’s all gorgeously imperfect, from opening notes of ‘5, 8, and 10’ to the harrowing chorus of ‘Parking Lot’”

NPR Music declared: “Now if you’ll excuse me, I’ll be in my room yelling, ‘Cause I just want to be / Something more than the mud in your eyes / I want to be the clay in your hands.’ You know, for practice.”