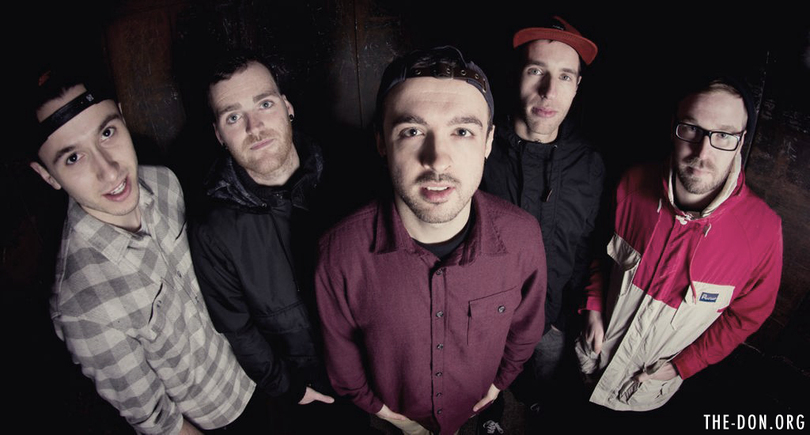 “Back with a real hunger and sting in their tail” – Rock Sound 8/10
“Exertion seeps from every pore, there’s commitment stamped all over these songs” – Kerrang!
“Infectious, fast paced and as catchy as hell” – Punktastic
“The soundtrack to the end of your summer” – OurZone 8/10
“The musical equivalent of smashing open a pinata” – F Yeah Pop Punk
“Me Vs Hero come out swinging with their fists raised” – AlreadyHeard 4.5/5

Ahead of the their forthcoming headline UK tour to celebrate the release of their new album I’m Completely Fine, pop punks Me Vs Hero are sharing a brand new video for album track ‘Heisenberg’. Support on the tour comes from friends in ROAM.

The video was filmed by various contributors at Me Vs Hero concerts and festivals across the world over the past two years with footage from Europe, Japan, the US and festivals including Slam Dunk and Hevy.

Documenting the changing tone and emotional flow of a relationship, the song could also be drawn as a comparative metaphor for the state of mind of a band who have asked themselves many times if this record would even see the light of day, as front man Sam Thompson sings:

“The end draws close, we should let this die, it would break my soul to say goodbye. The feelings mutual; we rode the highs, we faced the falls, we were invincible.”

Now, coming out of the other side with glowing reviews for I’m Completely Fine and a renewed hunger to get their show back on the road this September with ROAM, the band are overwhelmed with the response to the new record.

“This is probably my favourite track on the album and it’s always great live” enthuses Thompson “It’s a direct reflection on a long term relationship I was in that went through a huge change. If you read the lyrics, I’m sure a lot of people can relate to this one.”

The tour starts on Thursday 18th September in Bristol and finishes on 24th September at O2 Academy2 Birmingham.