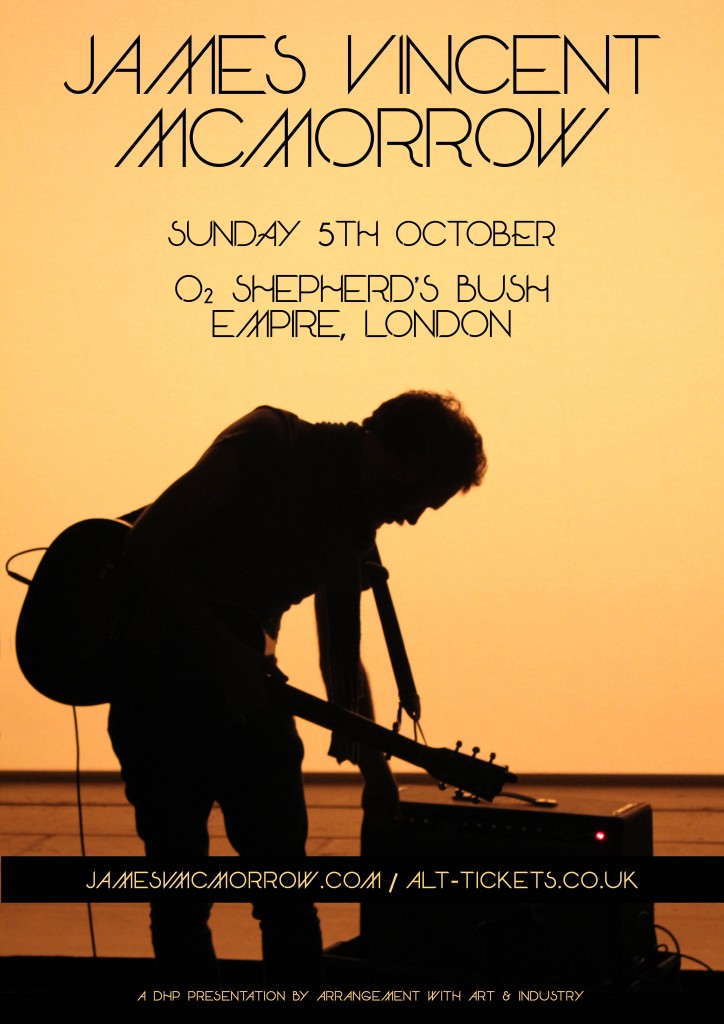 James Vincent McMorrow has unveiled a brand new video for ‘Look Out’, a track which is his critically-acclaimed second album ‘Post Tropical’. Released in January, ‘Post Tropical’ has since been made Album Of The Week at Radio 1 and 6Music, seen a sold-out European tour (including a London show at the Barbican) and led to James appearing at the likes of Latitude, Coachella and Sydney Opera House (which he sold out twice). McMorrow’s next London headline show will take place at Shepherds Bush Empire on October 5, as part of an extensive European and US run of dates heading into the end of this year, whilst James also made a recent guest appearance at Duke Dumont’s debut live show at London’s Oslo.

McMorrow divulges “I made this video because I wanted to capture on camera the lights and 3D mapping we’ve created to use on tour. The song is one of my favourites to play off of Post Tropical, I chose it because I face out on stage every single night and I’ve always wanted to see what the lights look like choreographing the flow of it, and have a record of it to keep. It’s not a single, I made it purely to capture something that I love, and to share with people before we start touring again in a few weeks.

McMorrow’s second record ‘Post Tropical followed the acclaimed debut album, ‘Early in the Morning’ – which went platinum, reached number 1 in Ireland and picked up a Choice Music Prize nomination upon its release in 2010. ‘Post Tropical’ was constructed over eight months, but recorded in just three weeks on a pecan farm half a mile from the Mexican border (which the likes of Yeah Yeah Yeahs, Beach House and Animal Collective have all called home). The title “evokes a style of music without you having a clue what it sounds like. It’s warm and familiar, but there’s something there that’s maybe not quite what you think it is.”