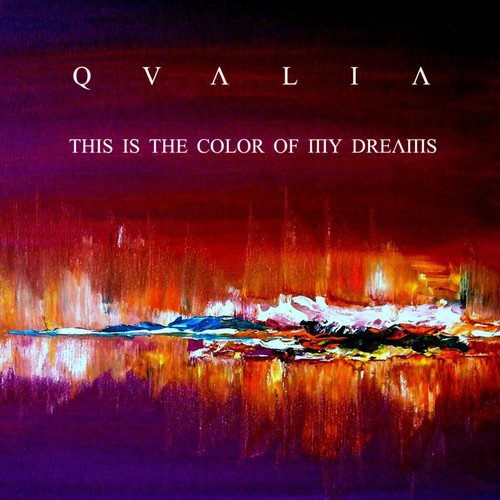 QVALIA is a New York-based cinematic alt pop band, formed in 2014. Its lineup consists of Michael Hazani (guitar and vocals), Pierluigi Salami (keys) and Shawn Crowder (drums), three musical soulmates who met while attending Berklee College of Music and have been playing together for years.

QVALIA’s first album, “This Is the Color of My Dreams”, will be released September 1st, 2014; the promo singles will be accompanied by interactive, immersive 3d songscapes inspired by 90’s PC adventure games which QVALIA also incorporates into its live show, creating a one-of-a-kind juxtaposition between the emotionally open, heart-on-your-sleeve music and the pixelated, artificial, CGI-based songscapes.

QVALIA was conceived by Michael Hazani, a songwriter and music producer, as a musical outlet that did not need to conform to the strict demands of the pop market. “This Is the Color of My Dreams” proudly wears its influences on its sleeve – analog synth and 80’s inspired guitar-laden melodies, percussive war drums a-la action film scores, the constant interplay between the intimate miniature and the large-scale epic – while its overarching themes of mortality and hope are lyrically influenced by the likes of Keats, TS Eliot, Saint-Exupery and the Book of Psalms.

The resulting effort is a concise, diverse song cycle which – while being accessible from the first listen – rewards multiple spins and calls for repeat visits to its wide pallet of sonic and emotional colors.