For fans of: Boards Of Canada, The Knife, Aphex Twin, Massive Attack

Glyphs are delighted to announce that they will be bringing their electro indie soundscapes to a wider audience with the release of EP Out To Sea due for release on 20th October 2014 via Small Sounds.

Out To Sea is the work of a band who have harnessed their considerable talent by melding together various genres into one, unique sound that encompasses tender, melodic pop vocals, hip-hop style beats and electro-synth all accompanied by comforting noises and samples that could have been lifted from aSpectrum 128k circa ’85. Opening track, and official single Out To Sea, displays the band’s playful side by evoking the spirit of 80’s synth-pop bands such as Erasure and The Pet Shop Boys creating an ear worm that’s hard to shake. While ‘The Machine’ could sit alongside many modern electronic artists like The Knife and Autechre as beats pop and samples soar, neatly bridged by a shoegaze style chorus. Closing track ‘Man Of Straw, Man Of Stone’ sways rhythmically with samples and beats washing gloriously over soft, distant, dream-like vocals reminiscent of Boards Of Canada.

Formed in 2010 Glyphs came together after Mark Walsh (vocals/songwriting) and Matt Wilkie (producer) became flatmates. Despite having known one another for a few years previously, Mark had embarked on a two year trip to Asia and Australia and it wasn’t until his return to Brixton that the pair reconnected. Originally hailing from Liverpool the duo set about writing and recording together as Matt had an array of music and beats already written and Mark was able to provide the lyrics and vocals.

Out To Sea is Glyphs’ fourth release following on from their Small Sounds EP and Glyphs EP both released in 2011 and the Locks & Keys EP, which was released in 2013. Combining a wide range of influences from Caribou and Bonobo to Four Tet and The Knife, Glyphs have created a sound that they can call their own.

To support the EP release the band will be playing a number of shows around London while continuing to write more material for another release in 2015.

Out To Sea is due for release on 20th October 2014 via Small Sounds. 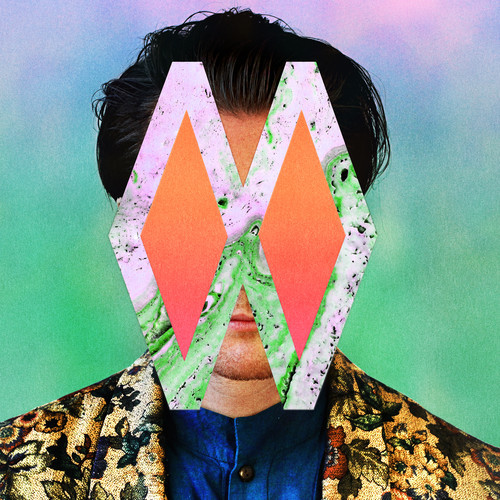