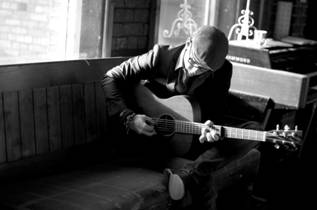 The lyrical styling’s of singer/songwriter Ian Britt has been heard over the crowds of SXSW right down to the soundtrack of Hollyoaks.Now the Sheffield based artist is back with his latest offering Heartless.

Ian is most notable for his work in sync, with his tracks featured on things as varied as a US Indie Films right through to a Russian airline advert. He’s helped heighten the mood of Hollyoaks episodes in excess of 80 times to date and last year his song “The Shape of Us” featured in two US hit series Parenthood and the Real L Word, seeing downloads in excess of 11,500 and various Youtube uploads tip over 110,000 hits of that track alone.

Signed to London based label Jalapeño Records, Britt released his debut album One Day I which saw him hit No. 2 on the iTunes Folk Chart. Gaining support from BBC Radio 2, Ian went on to play showcases at BBC Radio One Live Weekend as well as the world renowned industry music festival South by South West in Texas.

Now an independent artist, Britt has come together with Sheffield producer Tim Hampton (Bromheads) to produce his latest offering which takes the songwriters stunning compositions in a new direction that is guaranteed to impress.