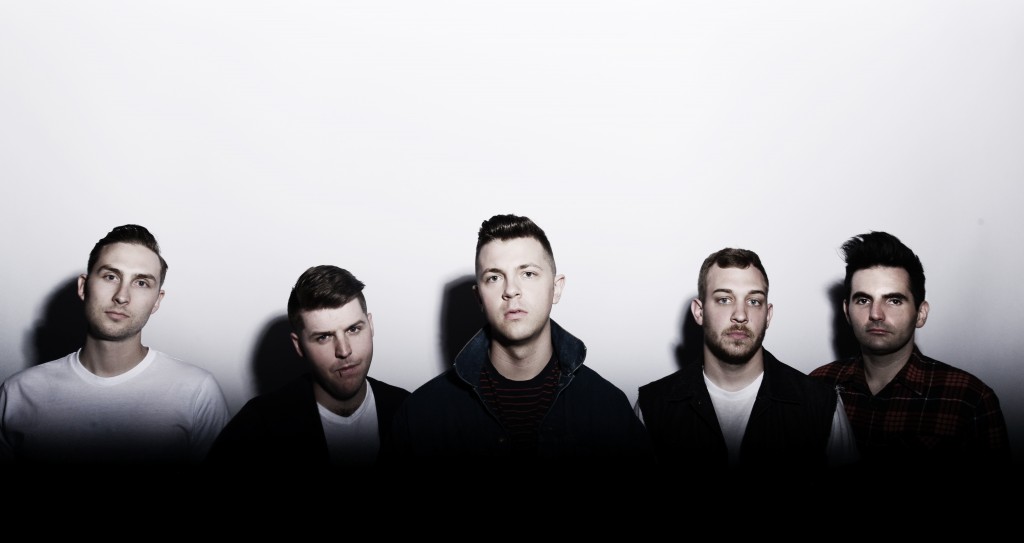 Die On Stage Out Now via Run For Cover Records

Hostage Calm debuted the Max Moore-directed video for their track “A Thousand Miles Away From Here” today on Redbull Music.  The track comes from the band’s new full-length Die On Stage, out this week via Run For Cover Records and currently available for purchase via the label’s webstore.  Hostage Calm also just kicked off a fall North American tour supporting Run For Cover label mates Citizen alongside You Blew It!, True Love and Praise (all tour dates below).
Watch “A Thousand Miles Away From Here”
Praise for Die On Stage:
“Hostage Calm has pushed the limits of what politically charged punk rock can sound like, slowly shifting from melodic-hardcore to power-pop without losing sight of its socially conscious lyrics along the way. ” –AV Club

“Hostage Calm bring an intellectual maturity… Both lyrically and musically, they walk their own path… with four-part harmonies rarely heard this side of the ’70s, unusual instrumentation, and the energy of the hardcore band they once were. The end result is a record equally likely to feature a drum roll stolen from Black Flag as it is a vocal melody lifted from Frankie Valli.” –Consequence of Sound

“Hostage Calm are exciting precisely because they staunchly refuse to conform to any trends occurring in the punk scene around them. They say what they feel needs to be said, and they say it loud and clear.” –Fuse

Politics and punk rock have always gone hand in hand, especially for Connecticut’s Hostage Calm. And while their sound may have shifted over the years from melodic hardcore to straight up power pop, their political message has only gotten stronger.  Hostage Calm first received national attention in 2010 with the release of their self-titled debut, using this success as a way to draw fans’ attention to the importance of LGBT equality. Through offering free downloads of the record to encourage the signing of an online petition to senators opposing marriage equality, playing numerous benefits, and distributing their now iconic “I Support Same-Sex Marriage” shirt, Hostage Calm demonstrated a commitment to their political beliefs that has become all too rare in punk rock today.

With their 2012 critically acclaimed record Please Remain Calm, the members of Hostage Calm continued to demonstrate their commitment to political punk.  Hailed as “the punk album of the Great Recession,” Please Remain Calm tackled the grim realities of the recessions’ effects on the younger generation head-on.  This time around, Die On Stage celebrates the post-millennial fatalism in today’s youth culture, creating a message seldom found in pop-punk. The politically charged band continues to offer a genuine view of American culture through critical eyes.