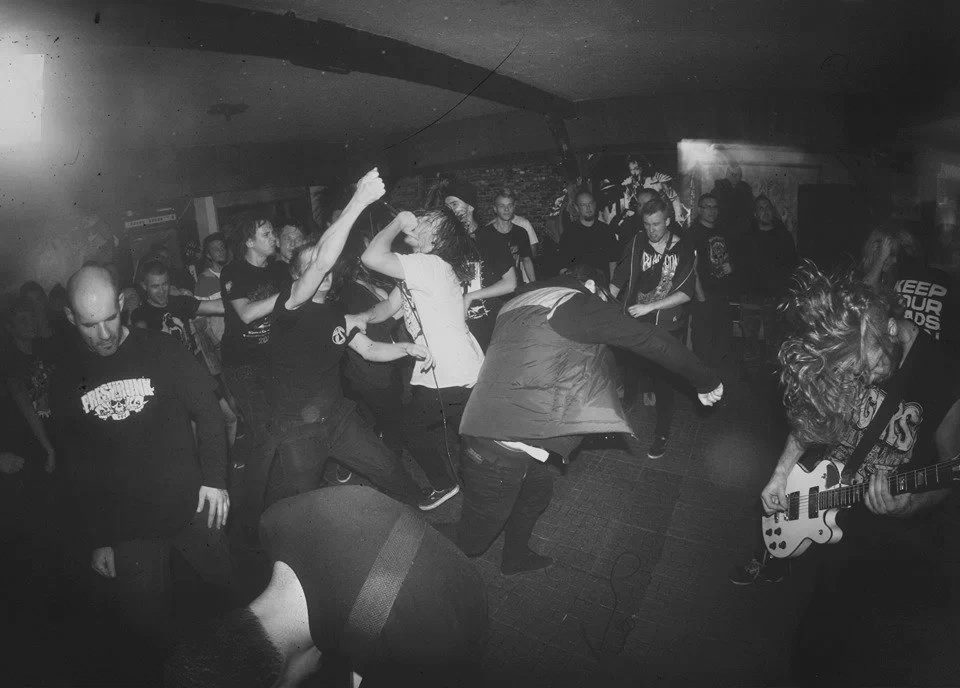 GUST’S SELF TITLED SOUTHERN LORD DEBUT OUT THIS WEEK,
ALBUM STREAMING IN FULL VIA BANDCAMP

Trollhättan, Sweden-based Gust this week release their self-titled and second LP via Southern Lord. This breakneck-29-minute-full-length signals the band’s first release on the label and is streaming online in its entirety right now.
STREAM THE ALBUM IN FULL VIA THE SOUTHERN LORD BANDCAMP

Self-recorded at Fvck Life Studios, and mastered by Brad Boatright (Warcry, From Ashes Rise, Deathreat, Audiosiege Engineering), who also supplies guest vocals to the album, Gust is a crushing and incredibly dynamic album, displaying a unique style of crust-infused hardcore and talented songwriting from the young act. With ten tracks in just under a half-hour, the members of Gust unleash a maelstrom of cutting edge demolition, with cerebral elements continually emerging from the shadows with an almost ethereal effect. Fans of Cursed, Oathbreaker, Rise And Fall, and now-labelmates The Secret, Baptists and Dead In The Dirt will no doubt find something addictive in the band’s harsh output.

Gust has another run of European gigs being solidified for early October, with more on the way. Stand by for further announcements in the coming weeks.