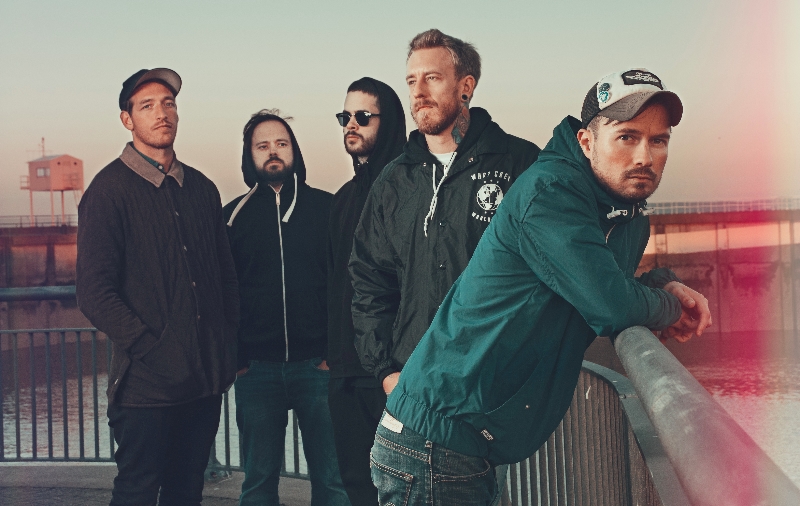 Listen to ‘You’ve Got A Bad Case of The Religions’ now:

Welsh rock band Funeral For A Friend will release their latest opus ‘Chapter and Verse’ through Distiller Records on 19th January, 2015. The first track to be made public from the record is the visceral ‘You’ve Got A Bad Case of The Religions’ which was premiered on Daniel P Carter’s BBC Radio 1 Rock Show last night and can be heard now here. In reference to the track, vocalist Matthew Davies-Kreye says “never trust something you can’t see with your own eyes.” Funeral For A Friend will be touring the record around its release in January playing eight freshly-announced headline dates around the UK.

Funeral For A Friend is one of the last remaining bastions of the British hardcore scene that exploded into the mainstream at the turn of the century. Bursting out of Bridgend, South Wales, in 2001, Funeral For A Friend were hailed as the saviours of rock music from a young age and given the task of re-energising a scene in desperate need of fresh blood. They are veterans, in many ways, but fourteen years after their formation and the band still packs as much punch and purpose as they started with, if not more.

2013’s ‘Conduit’ was an exemplary moment of a band breaking out from the weight of expectation that had been placed on their shoulders before they even started. Vivid, aggressive and urgent, ‘Conduit’ shook off every presumption that had been attached to Funeral For A Friend after the release of their era-defining album ‘Casually Dressed and Deep In Conversation’ in 2003. What follows, is ‘Chapter and Verse’ – the band’s seventh full-length record and a natural follow-on from the confidence and conviction displayed on ‘Conduit’.

Recorded in two weeks with Lewis Johns (Gnarwolves, Goodtime Boys), ‘Chapter and Verse’ is a classic Funeral For A Friend effort in the spectacular way it melds gruff attitude with melodic choruses, but it also happens to be one of the most sonically diverse records the band has ever made.

Flitting frantically between relentless blast beats and heavy, discordant riffs to the kind of guitar lines you would tend to expect from Midwestern bands like Sunny Day Real Estate, ‘Chapter and Verse’ is yet another statement that says Funeral For A Friend is not a band that can be placed in a box as easily as some would assume. Opening with vocalist Matthew Davies-Kreye’s personalised off the hinges screaming, one of ‘Chapter and Verse’’s defining features is its unapologetically political lyrical content. From wealth inequality to feminism, the lyrics are a far cry from the band’s early material and display a sense of growth that can only come from experience.

A self-assured and cohesive step on from ‘Conduit’, ‘Chapter and Verse’ is one of the most hard-hitting albums in Funeral For A Friend’s catalogue. It is a raw and energetic effort that propels the band to a whole new level, whilst simultaneously raising the bar for everyone else.