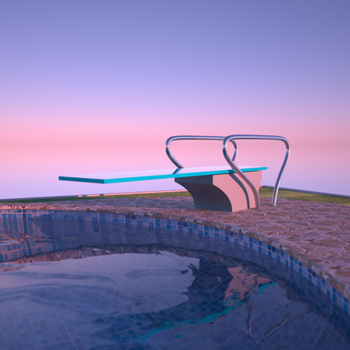 IN REAL LIFE EP OUT 03 NOVEMBER 2014 VIA VAGUELY PAGAN/TIP TOP RECORDINGS
LISTEN TO SINGLE LONELY PLANET  –  OUT ON 20 OCTOBER 2014
Following the release of their critically acclaimed debut album The Big Other, London based Fiction announce a new EP on November 03 via Vaguely Pagan/Tip Top Recordings.
The In Real Life EP – named after the web-chat acronym IRL – forms a compelling bridge between their debut and their forthcoming second LP which is due for release in 2015.
The first single is Lonley Planet a intriguing introduction to the new release:
Fiction formed in South West London in the late-2000’s by brothers Mike and Nick Barrett and friend James Howard. Their early chaotic, yet thoughtful excursions into post-punk were later refined by the addition of David Miller on bass and Danish drummer Jacob Smedegaard.
The band’s debut album, The Big Other – its name borrowed from French psychoanalyst Jacques Lacan – layered intricate melodies around themes of nostalgia and introspection, showcasing an expansive range of ideas and sounds.
The last 18 months have seen the five-piece evolve a more candid approach to their songwriting. Co-singers Mike and James weave a narrative that balances contemporary concerns such as hyper-connectivity and cultural stasis with a human vulnerability and desire for tenderness. Sonically the band have continued their exploration of alternative 80’s soundscapes whilst adding unexpected textures that also reveal a love of psych, prog and early rave.
This EP has been supported by the Momentum Music Fund. Momentum is
managed by PRS for Music Foundation, supported using public funding by National Lottery through
Arts Council England, and in association with Deezer.
www.facebook.com/fictionlondon
www.soundcloud.com/fictionlondon
www.twitter.com/fictionlondon
www.instagram.com/fictionlondon