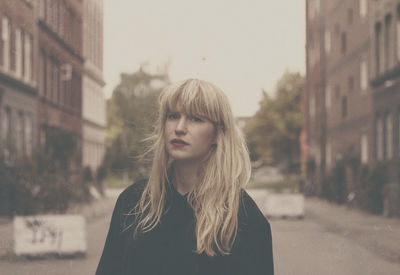 If you were to save something for the 90 year old lady you will once become, what would it be? When Feivel from Malmö got to think of the question, the answer was easy: the songs she had written were to be recorded and kept.

– I’ve been truly wishing for a singing voice, but didn’t think I had one. Then I just got started and sang without judging myself. It was so much fun and since we had recorded it I thought I’d might aswell release it. And if I am going to release it, I’m gonna do it wholeheartedly!

Her work turned into the EP ”Feivel” and the first single is called ”Friend”. It’s a song about the time after a breakup when the wounds has begun to heal but when there is still a longing feeling of how things used to be.

Elin Hörberg, the person behind the name ”Feivel”, has been picked up by Swedish national radio and heard through music blogs. Elin is also a member of the band Skilla, plays with Sylvester Schlegel and she has worked with artists Linnea Henriksson and Kristian Anttila.

”Friend” is the first single of Feivel’s debut EP as a solo artist and it’s released on september 25th.

LISTEN TO “Friend” ON SOUNDCLOUD: