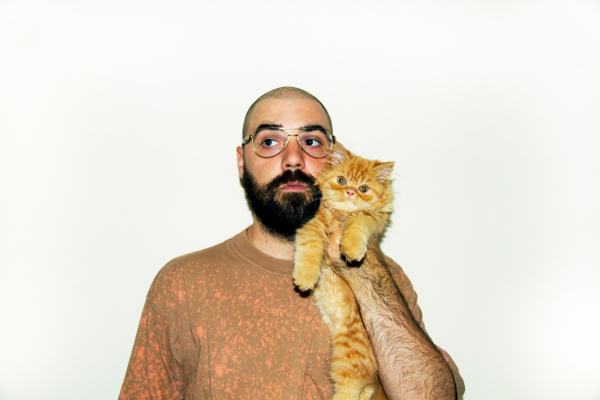 Ensh has unveiled a performance video for his cover of Björk’s ‘Enjoy’. Released on 6th October as a b-side to his single ‘Robin Hood’, the cover is an emotionally charged, down-tempo interpretation of the classic track taken from her 1995 album Post. The video, filmed in an incredible arts space in Belgrade, features an introduction from the Serbian artist about his surroundings. Watch the video on YouTube.

Of the cover, Ensh says: “I’ve always wanted to cover a Björk song. She’s among my favourite artists. I love how simple and straight-forward ‘Enjoy’ is both thematically and melodically. It came together really quickly and with my music, I’ve found that the things I’m happiest with generally do. Lately I’ve been overthinking things and covering ‘Enjoy’ has reminded me not to.”

Previously based in Canada, Ensh (real name Milenko Vujosevic) moved to his birthplace of Serbia following a crossroads in his life. Uprooting to Belgrade saw him reassess his life completely and he recorded and released an EP, called Belgrade, inspired by his new (old) home as a way of finding his way out of his ennui.

The single ‘Robin Hood’ and the cover of ‘Enjoy’ will both be available to download on 6th October via Ensh’s Bandcamp. Ensh plays a show this Friday at Bethnal Green’s 504 Gallery.