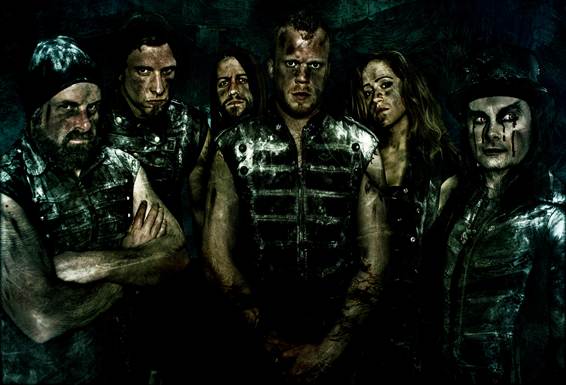 All money raised from Attitude Metal Fest will go towards Team Baby Tasker, a children’s charity supporting children across the UK, ensuring better facilities for children and their families while in hospital.

DEVILMENT guitarist Daniel Finch explains how the festival came to be and how Team Baby Tasker was founded:

“I was approached by a good friend of mine who asked me if I could do something to help raise money, he told me his story of how his grandson Oskar was in Birmingham Hospital and how he felt the need to raise money, so the children could have more toys to play with and better facilities for their families.

My friend had decided he would run the London Marathon. He hired a personal trainer who warned him he wasn’t in shape to run this year’s marathon. But he trained hard and did it anyway. Sadly a week before he was due to run, his grandson passed away. But he still ran the marathon and raised money. As a result they started Team Baby Tasker a charity which I support being a father myself.”

Daniel was born and raised in Lowestoft and began his early music career here before moving to Ipswich and starting Devilment. He continued: “…I always said since I started DEVILMENT that one day I would play my home town again, and now this feels the right time to do it, and also to raise money for charity. I’ve always been interested in doing a festival and I’m hoping this will be a success and something I can do yearly. The Name Attitude is a piss take of the Arts and Music festival they have just down the road here called Latitude. My old band The Thinking Principle still remains the only metal band ever to play Latitude.”

Lowestoft is famous for having several bands and musicians including The Darkness, A and Annotation of an Autopsy who all went on to have great success. It was also the location of the second season of “Rock School” when Gene Simmons of KISS fame called it “Gods Areshole”.

The full line up for Attitude Fest can be seen below:

*please note Shrapnel are no longer playing, One Machine have been added in their place

Doors will open at 2pm and will end with a late night rock disco till 2am in the Zoo Bar.

Tickets are available now and priced at £7 in advance from http://attitudemetalfestival.bigcartel.com/ or in person from the Aquarium Box Office. Tickets will be £10 on the door on the day of the show.

DEVILMENT’s debut album ‘The Great And Secret Show’ will be released November 3rd via Nuclear Blast.