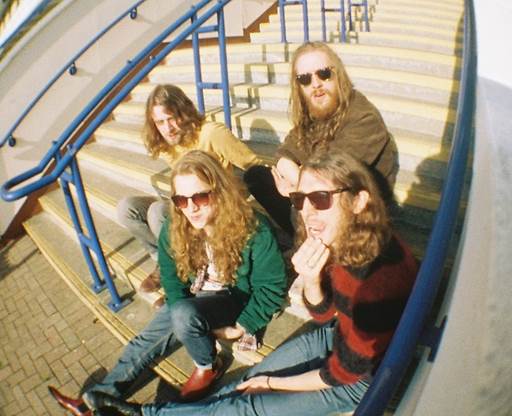 Frontman Matt Marcantonio adds: “It’s about being sold an obsession in stuff. What’s harmless to you feels like a love sucking demon bitch to me, quasi-supernaturally so, who leaves your front door open but your mind on pause.”

Leaving Brighton behind, the band ventured deep into the Welsh countryside to record ‘Succubus’, building their own studio in a desolate Carmarthen cottage away from the confines of the city.

Whether it’s battling in court for their gear back from the noise police, making music videos for £10, or recording and producing everything they do themselves, then returning the gear to the shop afterwards for a refund – Demob Happy didn’t get it easy, they just made it look that way. Catch the band on tour from October 1st.

‘Succubus’ is due for release via the band’s own label, Milk Parlour Records, from November 17th on 7” vinyl and digital download, with a cover of Technohead’s 90s rave anthem ‘I Wanna Be A Hippy’ on the B-side.