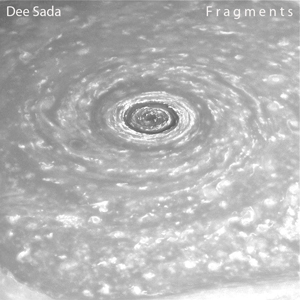 FRAGMENTS EP OUT ON 29TH SEPTEMBER 2014 ON TIP TOP RECORDING

SINGLE ‘BELLS AND SHIPS AND SONGS’ OUT ON 22ND SEPTEMBER 2014

Multi-instrumentalist, Dee Sada (voice/drums/guitar/bass/piano) releases her debut EP, Fragments, on London/Chicago label Tip Top (also home to Dumb, Forest and Fiction) on cassette tape and digital.
From the fury and guttural sounds of An Experiment On A Bird In The Air Pump to the shoegaze turned experimental electronic sounds of Blue on Blue, Dee’s solo project is the marriage of confessional lyrics and haunting melodies, a theme which has been at the very core of all of her previous projects.

Fragments is a collection of songs inspired and haunted by fractured personal relationships. The songs have been documented through raw, minimal recordings co-produced by long-term musical collaborator, Billy Steiger (Blue On Blue/Hebronix).

The first track to be released is, Bells and Ships and Songs, a poignant and beautiful track which perfectly introduces the emotional atmosphere of the EP
Track listing:
– Bells and Ships and Songs
– The Birthday
– In The Space of You
– Debris
Dee Sada is hugely inspired by the confessional poetry of Anne Sexton and Sylvia Plath and the work of outsider artist, Mary Barnes, who was a resident of radical psychiatrist RD Laing’s therapeutic community at Kingsley Hall in the 1960s. Dee’s musical inspirations range from German New Wave band, Malaria! to Indian classical Carnatic vocalist, M. S. Subbulakshmi.

She is currently working on an experimental sound piece based on Mary Barnes’ story, The Hollow Tree as well as a follow up EP due out later in the year.