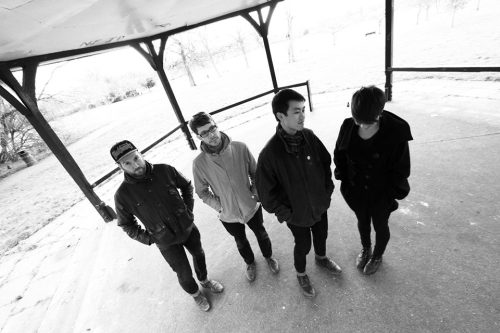 To celebrate the single’s release, Dear Leaders will be performing an exclusive live set at The Finsbury, London N4 on October 30th – Get Tickets

A stylish composite of alternative 21st-century sonics, ‘Find Me’ entwines warping synth and angular guitar, touching down where post-Foals intelligent indie meets a darker shade of Sohn. The plaintive vocal refrain by singer and guitarist Jess is the focus around which the instruments swell and brood, floating atop a ghostly dancehall beat. ‘Find Me’ is accompanied by a haunting video, conceived and shot by writer and director Siobhan Schwartzberg, that serves as an unsettling take on surveillance and the subconscious.

Originally formed in Bristol in 2011, before planting roots in North London via such utterly diverse locales as Burma and Norwich, Dear Leaders’ blend of electro, surf and dreampop garnered acclaim through support gigs to Woman’s Hour, Teen, Years & Years and more. Their debut EP, 2012’s self-released ‘Not Summer’, won them airplay on BBC 6 Music, prime slots at several of the UK’s more prestigious urban festivals and a rep as a brilliant yet uncompromising, and often wilfully tumultuous, live act. And now, in 2014, ‘Find Me’ is likely to be the catalyst for Dear Leaders’ wider discovery.