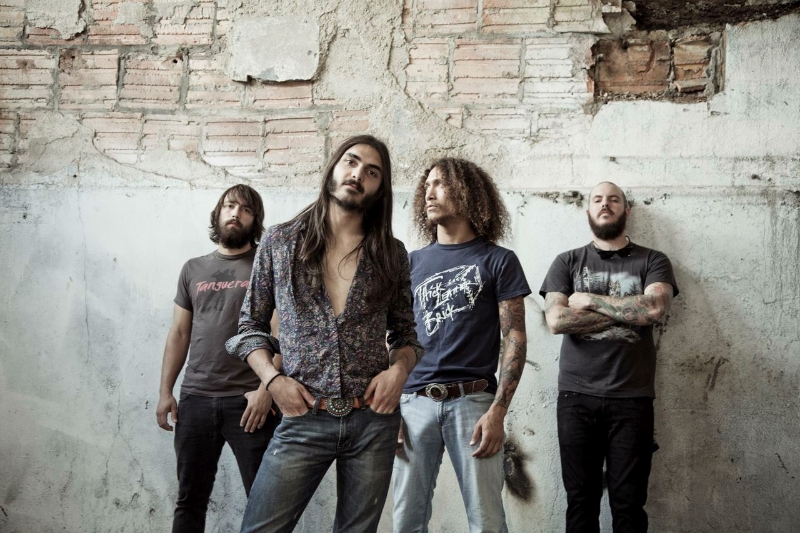 Tour with The Virginmarys begins tomorrow September 23rd.
Album ‘Something Supernatural’ released via Nuclear Blast in the UK on October 27th.

Pennsylvania’s funky blues rockers Crobot are preparing to unleash their powers onto the UK, supporting The Virginmary’s on their imminent tour which starts tomorrow.

They have unveiled another track from their forthcoming new album, titledSOMETHING SUPERNATURAL due out October 27th on Nuclear Blast.

For ‘Something Supernatural’, the central Pennsylvania-based band worked with the producer Machine (Clutch, Lamb of God, Cobra Starship, Gym Class Heroes) at his Machine Shop studios. The same team worked on CROBOT’s self-titled EP (LISTEN HERE) which Revolver magazine hailed,
“…the central Pennsylvania quartet stomps through these four songs with the authority of a group that’s been around for decades, weaving together the deep grooves of stoner rock with grunge, blues, and metal influences” –Revolver.
Meanwhile, Loudwire called the EP, “One of the dirtiest, grooviest discs you’ll hear all year”  – Loudwire

The band spent the past few years honing their live show and garnering a devoted following from their bombastic U.S. performances at festivals and clubs shows as well as several high-profile tours with Clutch, The Sword, Truckfighters and Kyng. 2014 and 2015  promise to be the biggest for CROBOT yet, with a new album full of hooks and intelligent songwriting, intense live performances and their unique brand of humour–interstellar domination is imminent.

Limited Edition Digipack:
1. Legend Of The Spaceborne Killer
2. Nowhere To Hide
3. The Necromancer
4. La Mano De Lucifer
5. Skull Of Geronimo
6. Cloud Spiller
7. Fly On The Wall
8. Night Of The Sacrifice
9. Chupacabra
10. Wizards
11. Queen Of The Light
Bonus track:
12. Tapdancing On A Tightrope

Limited Gatefold White Vinyl:
Side A
1. Legend Of The Spaceborne Killer
2. Nowhere To Hide
3. The Necromancer
4. La Mano De Lucifer
5. Skull Of Geronimo
6. Cloud Spiller
Side B
1. Fly On The Wall
2. Night Of The Sacrifice
3. Chupacabra
4. Wizards
5. Queen Of The Light
Bonus track:
6. Tapdancing On A Tightrope

Pick up the Limited Edition Exclusive White Vinyl from the Nuclear Blast webstore:http://bit.ly/crobotvinyl