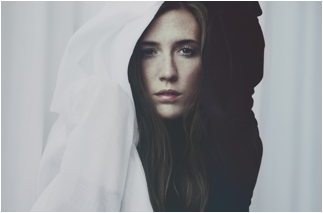 There are shades of Kate Bush in her vocal flamboyance, hints of Bat For Lashes in her ability to shift and move with daring ability” (Clash Magazine)

Cajsa Siik is a Swedish artist hailing all the way from Stockholm. Her music has already been included in various American shows, such asThe Michael J Fox Show, Awkward, Degrassi and Ravenswood. She has also recently teamed up with Tiger Lou’s producers Rolf Klinthand Calle Ekerstam, in order to work on and co-produce her new song Higher.

Higher is the second single taken out of her upcoming new album Contra. Having had her first single Relentless Delight pushed and supported by the likes of NME, Clash and Indie Shuffle, the latest single had to be a worthy follow-up. Luckily Higher is a great example of bringing the essence of art-pop to its full notion and restlessness. Cajsa Siik knows exactly how to remain sonically insatiable whilst still giving her listeners a solid foothold. Her sensual vocals are a clear contrast to the enigmatic and textured arrangements. They fit perfectly with the minimalistic orchestration that supports her every word from the very first bar.

The overall production is contained yet exciting, with a steady rhythm pulsating in the background resembling somewhat Gotye’s Somebody That I Used To Know. The hand-tapping beats and Cajsa Siik’s captivating lyrics both leave the listener charmed and incapable of resisting the repeat button.

Higher is a great addition to modern indie-pop’s family tree, and it will be available for sale on the 3rd November 2014.