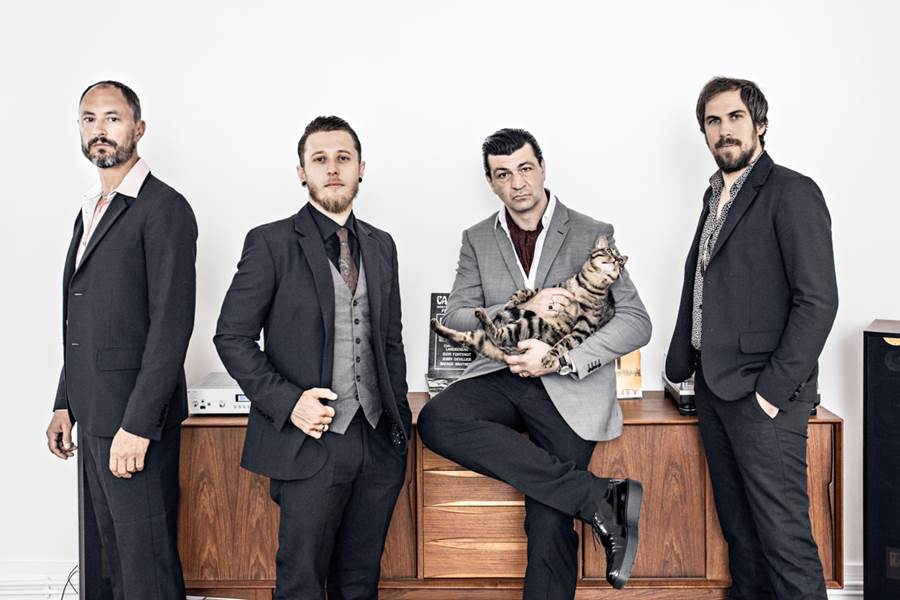 On October 6th, Black Strobe will release their second album, Godforsaken Roads. The record confirms Rebotini’s rock sensibility and debt to the great American tradition of songwriting, with songs touching on the classic themes of the blues – the randomness of life, the very weight of existence and the strong emotions that run just below the surface (love, lust, loneliness…). He plunges into this world of the bayou, prison and the devil with real passion and the voice of crooner often compared to Iggy Pop or Nick Cave.

Godforsaken Roads contains ten new tracks, including the latest singles Going Back Home and Broken Phone Blues. The digital edition adds Boogie In Zero Gravity and The Girl From The Bayou released as singles in 2012. On the album, Rebotini also reappropriates Folsom Prison Blues, a Johnny Cash classic, once again with the aim of keeping the blues/country ‘n’ western flame alive (the group’s first album already contained a cover version of Bo Diddley’s famous track I’m A Man). This new version, entirely synth-led with not a guitar in sight, transports the song to another space-time continuum with swathes of keyboard worthy of Tangerine Dream, perfectly resuming the spirit of Black Strobe in 2014.