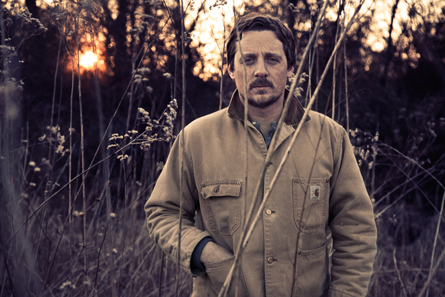 “He’s an eccentric outsider in the very insider world of modern country music. I don’t know if he’s the future of country, but I sure hope he is.”=
DAN AUERBACH – THE BLACK KEYS
“The cosmic cowboy of the digital age…here’s a man who understands the power of tradition, and who’s livening things up from the inside.” FADER

Following the release of his second album Metamodern Sounds in Country Music earlier this year, Sturgill Simpson has just been crowned Emerging Artist of The Year at the Americana Awards.

The Kentucky bred, Nashville based artist has announced a string of dates in the UK starting at the end of September:
29 SEPT – London, Dingwalls

02 OCT – Leaf –
03 OCT – Cork, Triskel Arts Centre
04 OCT – Dublin, Whelans
05 OCT – Glasgow, Oran Mor
06 OCT – Gateshead, The Sage
Metamodern Sounds in Country Music follows hot on the heels of Simpson’s debut album, High Top Mountain, which was highly acclaimed by the likes of Mojo, Uncut, Rolling Stone, Classic Rock, The New York Times and Spin Magazine.
Dave Cobb (Jason Isbell, Lindi Ortega, Jamey Johnson) produced both Sturgill Simpson albums. Metamodern Sounds In Country Music was recorded live-to-tape at Cobb’s LCS studio in Nashville over four days in late 2013.
Rather than being joined by legendary Nashville session players such as Hargus “Pig” Robbins and Robby Turner, as he was on his debut, this time around Simpson recorded the album with his own band (bassist Kevin Black, guitarist Laur Joamets and drummer Miles Miller) who were fresh back from a two month US tour – as Simpson puts it “4 guys, 4 days and 4 reels of tape”.
The title of the album bows to Ray Charles, while the lyrics to lead track “Turtles All the Way Down” nods to psychedelic drug chronicler Rick Strassman and “The Promise” finds Simpson covering UK synth-pop also-rans When in Rome. Simpson’s portrait on the album cover was designed by friend and painter Jason Seiler, who is perhaps best known for illustrating Pope Francis XVI for TIME Magazine’s 2013 “Person of the Year” issue in addition to contributing art to publications such as The New York Times, Rolling Stone and The Wall Street Journal.
WATCH ‘TURTLES ALL THE WAY DOWN’ VIDEO: https://www.youtube.com/watch?v=LWx6csgGkg4
Of the album, Simpson comments “Myriad worldly offerings—religion, drugs, and more—all claim to be the omnipotent universal truth but in my experience, love is the only certainty. That’s what this record is about.”
www.facebook.com/sturgillsimpsonmusic
www.twitter.com/SturgillSimpson