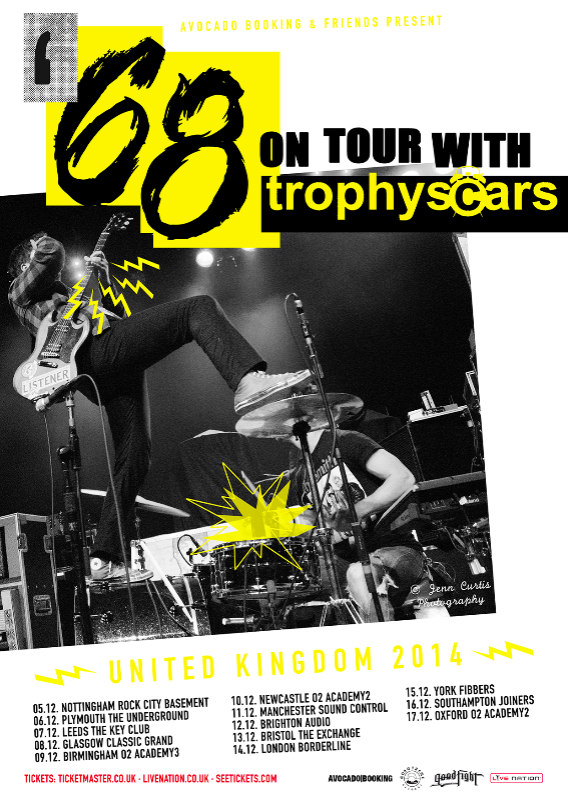 Dynamic duo ’68 have announced that they’ll be returning to the UK and Europe before the end of the year. Their first visit to these shores this summer left Josh Scogin (vocals/guitar) and Michael McLellan (drums) eager for more as they brought their unique brand of intensity to venues across the continent, including an incendiary performance at Hevy Festival which was documented in full by Punktastic. Experience the frenetic energy that is ’68’s live show first-hand when they make it back over here.

The Atlanta duo’s debut album ‘In Humor And Sadness’ was released through EOne Entertainment / Good Fight Music earlier this year to critical acclaim, debuting at #1 on the Billboard New Artist Chart in their native US. First single ‘Track 1’ got played on BBC Radio 1 via both The Rock Show and Zane Lowe’s Future Radio 1 segment with its energy captured in a glitchy music video which you can check out here.