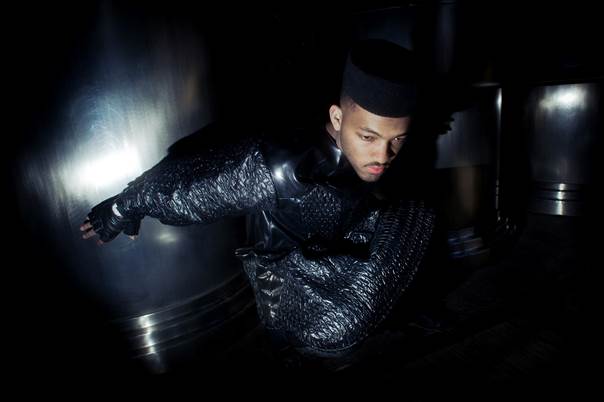 You can stream ‘TYT’ here:

‘One to Watch’ MOBO

UZZEE gives us a glimpse of his emotional side with the Electro tinged TYT.  A bare-all journey of a song, documenting his efforts to breathe hope into a tumultuous relationship. Uzzee displays his unique versatility and originality, as TYT constantly evolves and transforms, drifting through the gateways of Electro, Synth-Pop, Rnb and HipHop.

With his debut ‘Evolution’ set for release on September 8th, London born 22 year old UZZEE is leading the British resurgence with a collection of tracks exploring aspects of his psyche, past, present and future, and aims to break the chain of conformism, which he feels grips the artistic continent. ‘Evolution’ is a no holds barred body of work, documenting UZZEE’s current evolution as an artist, heavily influenced by rock, jazz and world music, his eclectic tastes can be heard throughout the EP. The main production work has been done by young UK producer Jelacee of Stooki Sound, Hawaiian based Mr Carmack and Texan musician Eric Dingus, one half of hip-hop duo Drone. The 8 tracks are somewhat of a combined revelation, the tight instrumentation complimenting UZZEE’s unpretentious yet assured drawl.UZZEE is an avid Rock head and a guitarist, more elements of which will be revealed later this year.

UZZEE considers himself an expressionist, believing that we all have a duty to express ourselves through our own thoughts and ideologies, Fashion and Music are his most passionate mediums to express himself. He is currently going into his 2nd year of studying Fashion Design at the London College of Fashion. UZZEE recently expressed his love for all things ‘Vintage,’, with his song of the same name, it was his first music video, and grossed over 5000+ plays within 4 days. This was followed by Tom Misch produced ‘Jools Holland,’ which documented the daily grind of London life for an Arts student, the smokey instrumentation juxtaposing it’s gritty connotations.

‘Evolution’ is out on 8th September and UZZEE is also finalising his collaboration mixtape with Long Clothing/BOY London. UZZEE has a strong following overseas, particularly in Berlin and Paris, and has been booked for Paris at the end of August, shows in Berlin and Old Town Festival (Nurnberg) in September.

JACK BLACK GUESTS IN NEW OFF! VIDEO ‘OVER OUR HEADS’ AS A SKY DIVING COACH ON AN LSD TRIP!