“My favourite album of the year so far” – Drowned In Sound
“You need to hear this” – Noisey (VICE Magazine)
“Intangibly masterful…darkly muscular indie-rock” – Gold Flake Paint
“Elements of lo-fi and grunge as well as more unexpected shades of The National” – The Fly (Track Of The Day)
“Track of the Day” – Q Magazine
“Like Queens of the Stone Age at their most melodic” – Artrocker
“Death Cap At Anglezarke is a wonderful record” – The Line Of Best Fit
“If you are a fan of rock music then you really should be listening to bands like Then Thickens” – The 405
“A noir-tinged explosion of fuzzed up guitars, driving beats and darkened melodies“- Subba Cultcha
“Satisfying, roaring guitars” – The Skinny 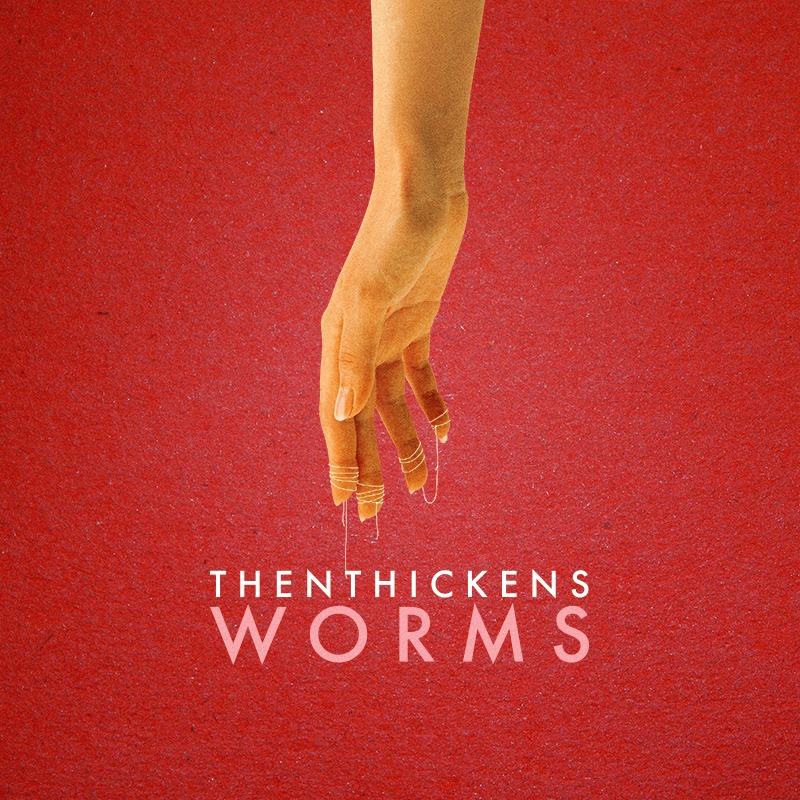 Chorley-based six piece Then Thickens are pleased to announce that their new single – the euphoric summer college rock anthem of album track ‘Worms’ – is out now on Hatch Records and is available to buy on iTunes here with an exclusive b-side, a re-recorded version of fan favourite ‘Blood In the River Ribble’.

Gigwise premiered the squirm-inducing and incredibly literal video for the single here – probably not best watched as an accompaniment to your lunch or dinner break, as it features a writhing mass of maggots.

Drowned In Sound recently picked out their last single ‘Tiny Legs’ as one of theirFavourite Tracks of 2014 so far and the sextet recently supported ‘The Killing Moon’ Liverpool legends Echo & The Bunnymen following the critically acclaimed release of their debut album Death Cap At Anglezarke last month.

Those with keen observational powers may remember front man Jon-Lee Martin from the vaguely terrifying masked noise-mob KONG who released their one and only album ‘Snake Magnet’ in 2009 on Brew Records, recently named #26 in NME‘s “101 Albums You Must Listen To Before You Die”. Originally starting life as a home studio project from Martin, after some encouragement from close friend Jorma Vik from The Bronx a series of lo-fi recordings appeared online, which proved to be a prototype for the current Then Thickens incarnation. Now years later and with a full band behind him, Then Thickens are now ready to take things further and in a very different direction to previous outifts with their blend of lo-fi slacker pop and college rock.

Following support early slots with Biffy Clyro (whose Simon Neil recently praised the band’s “Dirge-y pop music” in NME) and Mariachi El Bronx, Then Thickens will be announcing further tour dates and festival appearances in the near future.

‘Worms’ is out now via Hatch Records and available on iTunes here.

The latest album ‘Death Cap at Anglezarke’ is out now and can be purchased on iTunes here or physically here.