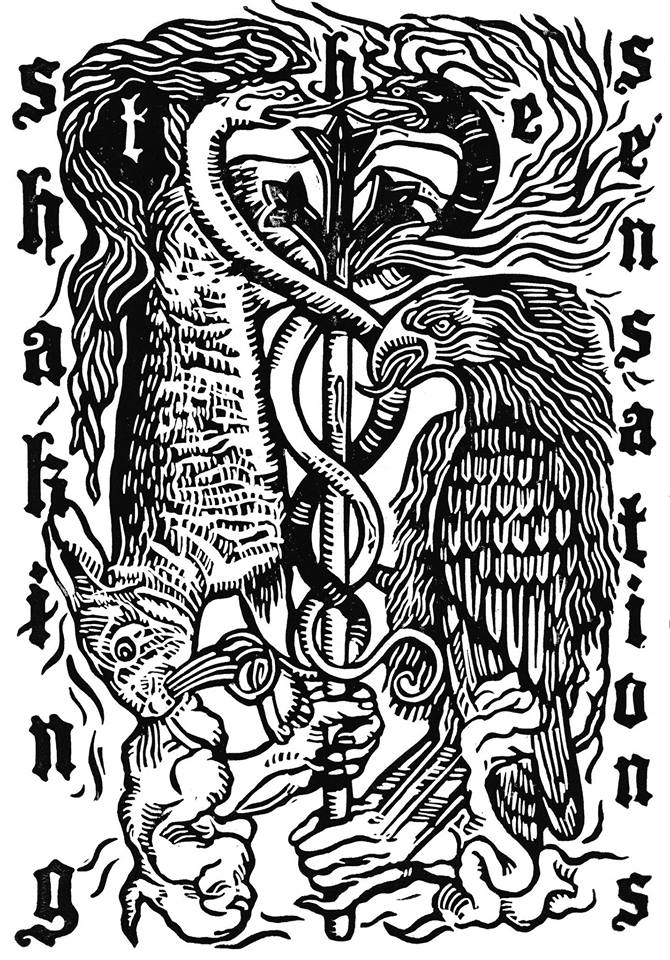 Copenhagen based instrumental rock quintet, The Shaking Sensations, have lined up a week of shows in England and Scotland in September. The Shaking Sensations, currently signed to Pelagic Records (The Ocean, Mono, pg.lost, Earthship, Cult of Luna), have toured mainland Europe extensively throughout the past three years but never paid a visit to the UK.

The latest release, Start Stop Worrying (2013), showcased an ambitious band able to create soundscapes and meditative noisy compositions, accompanied by a strong rhythm section with no less than two drummers. Their approach to the instrumental rock music, often called post-rock, has developed drastically since the band’s 2-songs-and-35-minutes debut EP – This is Your Helfire Religion! from 2010. Now a more all embracing approach have been implemented as the band have adopted elements from the math-scene as well as having been able to incorporate unconventional build-ups with twists and hints from indie-rock, post-metal and shoegaze. During the last few months, the five lads have been writing new material aiming for a release next year. Two albums and extensive touring has given the band a chance to explore the instrumental rock-genre and made the guys able to handle the classic virtues of post-rock as we know it so very well – however this new material is evidence of a band willing to exercise a new and refreshing approach toward instrumental rock.

The Shaking Sensations has build up a reputation of being a highly intense live experience, leaving the audience exhausted but starving for more. Each show is a fight of life and death and everyone in the room is dragged into a collective struggle fueled by blood and sweat.

The Shaking Sensations can be experienced live on the following dates and locations:

September 12, Bristol – The Stag and Hounds