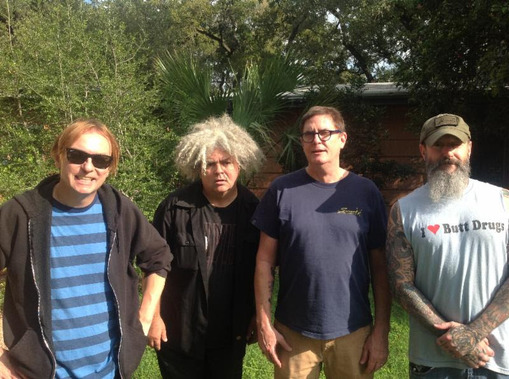 Left to right: Dale Crover, Buzz Osborne, Paul Leary, JD Pinkus)
THE MELVINS RETURN WITH A BRAND NEW ALBUM, HOLD IT IN
TO BE RELEASED 13 OCTOBER VIA IPECAC RECORDINGS
The ever prolific Melvins return with Hold It In, their first studio album as a quartet since 2010’s The Bride Screamed Murder. Joining Buzz Osborne and Dale Crover for the 12-song album are Butthole Surfers’ guitar player Paul Leary and bass player JD Pinkus.  The album was recorded in both Los Angeles and Austin earlier this year, and shall be released via Ipecac Recordings this October.
“Hold It In is a refreshing piece of fiction in a boring world of fact and bullsh*t,” said Buzz Osborne. “Paul is one of the best guitar players I have ever heard and Pinkus has an outside the box type of approach to both guitar and bass that you just have to let it ride.  I can’t believe this actually happened. I’m thrilled.”
“It’s very rare you get a chance to work with three folks from the ‘Break A Wish’ foundation, all at the same time,” said Pinkus. “I believe they’ll remember their experience with me forever (or until they finally all lose their fight with S.I.D.S).“
Buzz Osborne shall be touring in support of his solo album, This Machine Kills Artists, the King Buzzo solo tour dates are as follows:-
30.08 Brighton @ The Haunt
31.08 Paris @ Nouveau Casino
01.09 Cologne @ Gebäude9
03.09 Dresden @ Beatpol
04.09 Vienna @ Arena
05.09 Judenburg near Graz @ Rock Is Hell Fest
07.09 Ravenna @ Hana-bi
08.09 Bologna @ Locomotiv
09.09 Milano @ Carroponte
10.09 Düdingen @ Bad Bonn
11.09 Zürich @ Rote Fabrik (+PHILM)
13.09 Schorndorf @ Manufaktur
14.09 Munich @ Kranhalle
15.09 Frankfurt @ Mousonturm
18.09 Tilburg @ Incubate Fest
19.09 Kortrijk @ De Kreun
20.09 London @ Oslo
21.09 Bristol @ The Exchange
www.facebook.com/melvinsarmy
www.twitter.com/melvinsdotcom 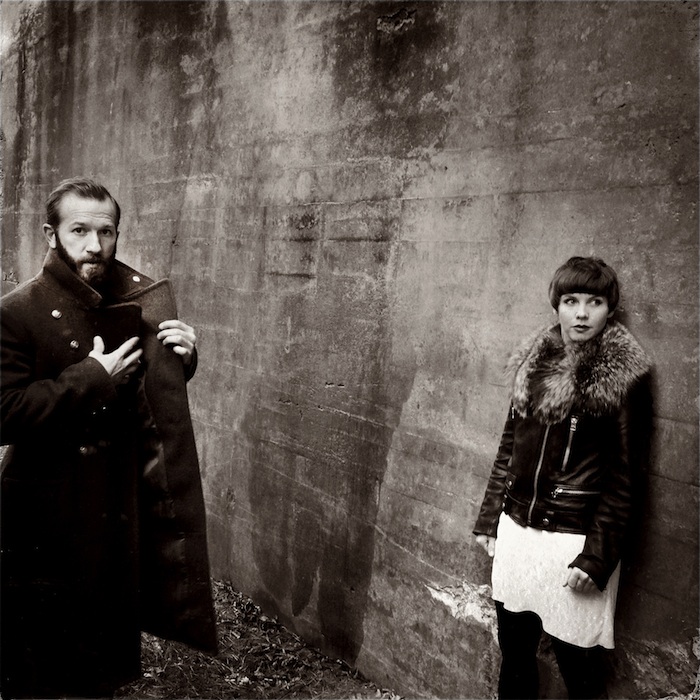