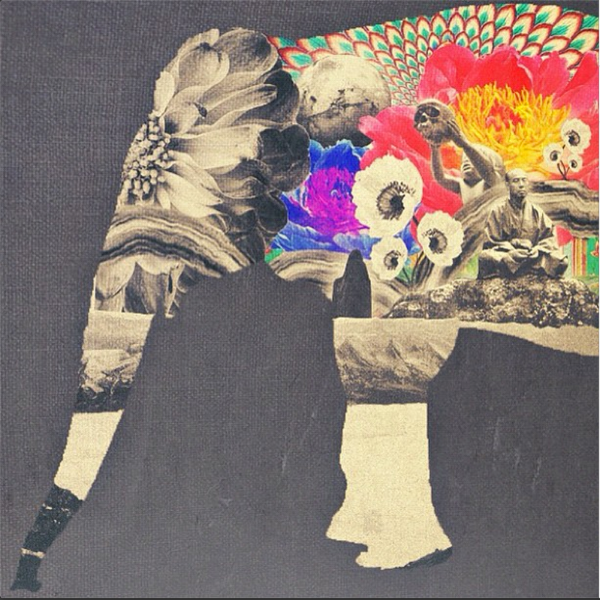 Formed by Vennesla, Norway-native Filip Petersen and Mumbai based singer-songwriter Khushal Bhadra Spiral Shades is a heavy rock record unlike any other.

As avid fans of obscure ’70s rock, doom and proto-metal, prior to forming Spiral Shades both Petersen and Bhadra relied on YouTube to unearth lost music and showcase their individual talents as musicians. Each would upload their own cover versions of songs they had discovered online but it wasn’t until one evening in the Summer of 2012 that Khushal happened to stumble onto Filip’s video channel where he was immediately taken aback by the Norwegian’s choices and impressive guitar playing.

“We appeared to possess identical influences and a love for the ’70s,” recalls Khushal. “Later we discovered that we shared in the belief that music created in that era had a certain kind of depth and emotion. My late father got me into bands like Black Sabbath and Deep Purple when I was young and those bands completely changed my world. Since then I have been trying to unearth bands with similar vibes.”

Frustrated by the absence of a metal scene in Mumbai but buoyed by the discovery of a like mind, Khushal reached out in hope of exchanging ideas and recommendations. The pair soon fell into discussion about their reverence for Scott “Wino” Weinrich; compared notes about Necromandus’s Barry “Baz” Dunnery’s guitar technique and debated which John Gallo band ruled more, Orodruin or Blizaro. Forming a friendship and shared admiration for the music they played they began sowing the seeds of what would eventually become Spiral Shades’ debut album.

“I don’t really follow the music scene around where I live,” explains Filip. “I don’t think there are any doom metal bands around here that I know of   and I don’t have any experience playing in a band. My original goal was always to try and find somebody to jam with. Starting a band or even creating an album was never really something I had planned. Then suddenly Khushal contacted me out of the blue and it kind of evolved from there.”

Using software to pre-programme the drums, Hypnosis Sessions is a completely virtual project where everything was recorded, shared and mixed remotely. Even though this may seem at odds in some ways with the feel of the music contained within, given that the idea was to replicate that traditional approach to 1970s production – raw recordings, free flowing exchange of experimental ideas – the album captures that spirit and conviction in every aspect.

“It did get difficult at times when English isn’t your main language,” answers Filip when asked about the duo’s serve/return method of production. “At the beginning it was quite rough understanding what we both meant at times. Finding the right words is always difficult. However now that we have worked together for a couple of years, we understand each other much better.”

As well as sharing the same influences luckily both share the exact same work ethic. Taking over a year and a half to craft and assemble the recordings that make up their impressive nine-track debut the duo became veritable master controllers of their vision. Ungoverned by time, money or needless pressures they fell naturally into an arrangement that enabled them to write and record unhindered. Honed, polished and perfected the result is the creation of Hypnosis Sessions, one of the most original doom metal albums you will likely hear in 2014.

“Metal records aren’t usually made this way but we had no choice. One has to connect with another musician to make good music even if they are not together. I couldn’t find another musician who had similar tastes so finding Filip was like an instant connection. We knew what we were getting into from the start. We expected nothing; we just wanted to make good music. The kind of music we both love.”