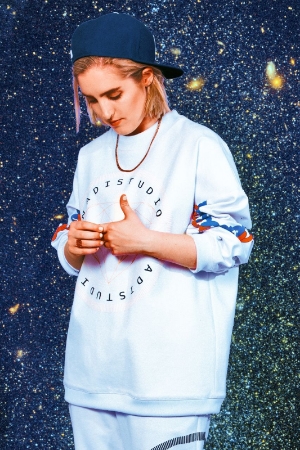 STREAM HONNE’S REMIX OF ‘JUST ONCE’:

Shura has premiered the first remix of her second track, ‘Just Once’, via acclaimed new duo Honne – whose debut single, ‘Warm On A Cold Night’, has already reached #1  on Hype Machine and will be released via Super Recordings on September 1 (“lusty, late night, urbanite…an emphatic statement of things to come” – NME).

The beautiful ‘Just Once’ premiered recently to a significant response, already picking up over 200,000 hits and winning fans in the likes of Dev Hynes, Jungle and Jessie Ware (Shura recently remixed Jessie’s new single, ‘Say You Love Me’). ‘Just Once’ has also received plays across Radio 1 (Zane Lowe’s Next Hype, Annie Mac, Phil & Alice, Huw Stephens), 6Music and XFM, with Shura confirming details of her first official live shows: a set at Iceland’s Airwaves Festival has been announced for November, with further UK and European dates to follow shortly.
Following breakout moment ‘Touch’, Shura’s second track – ‘Just Once’ – is more upbeat but no less melancholic, mixing a love of Janet Jackson with the intricate productions of Warpaint, or the effortless groove of early Madonna – all carried by Shura’s velvet-like vocals. Lyrically, ‘Just Once’ is in many ways a prequel to the break-up blog-anthem that was ‘Touch’: it’s a snapshot of a relationship which isn’t working, and imagines being swept up with someone new, where you can be whoever you want to be. Full of sensuality and self-doubt – “If you get my name wrong / I won’t get pissed off / ‘Cos I wish I was somebody else” – Shura again achieves the immediately-recognisable, ghost-like quality of a shared romantic experience: ‘Just Once’ is that dual sensation of fresh attraction, mixed with the memory of meeting past loves.

A performer, producer, remixer and video editor, Shura was born in Moscow to a Russian actress (who made a cameo in ‘Mission Impossible’) and an English documentary filmmaker. Whilst her early demos started at University in London, Shura’s passion for music came via her brother, who would DJ drum-and-bass at the weekends, and installed an early love of electronic music in his sister. Keen to impress him, Shura began building her own songs, refining her production skills and immersing herself in the textured sounds of Massive Attack or Blood Orange. Her songwriting found its focus in South America, where Shura worked in The Amazon for an extended period after her studies – contemplating past relationships, future music, and walking pumas.

Shura has since emerged as one of the brightest new talents of the year – and not just once.