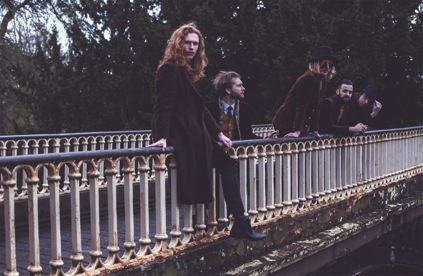 West country five-piece PYLO are one of the new breed of young British bands unafraid of soaring melodies, heartfelt vocals, heart on the sleeve emotions and making the kind of joyful racket that fits the bill everywhere from the smallest club to the biggest festival.

The band have been picking up plaudits across the coolest sites since their last release, ‘The Woman EP’ and this Autumn will see the band take to the road on a 12 date UK tour where they will be supporting the hugely popular Australian singer/songwriter Josh Pyke, heralded as the “doyenne of literate acoustica” by Rolling Stone Magazine. This tour gives Pylo a chance to show off their magnetic live performance  which has built them acclaim over the past year.