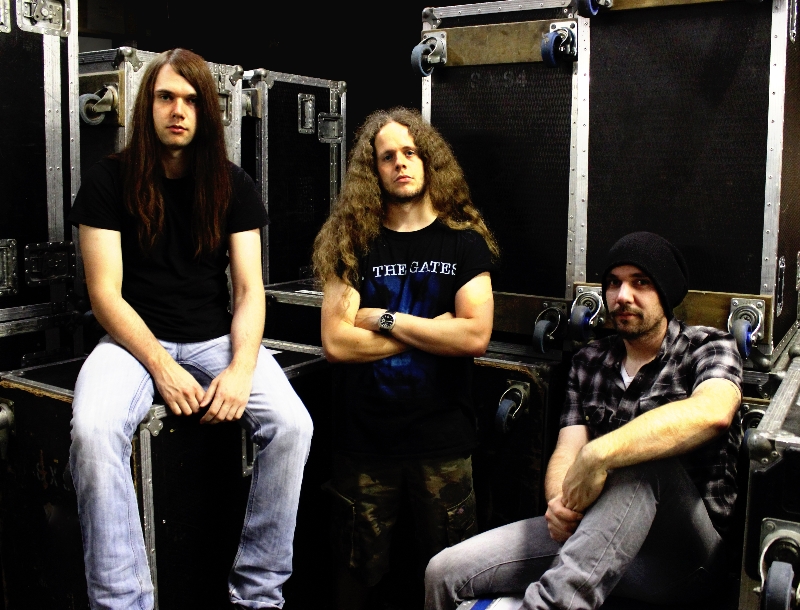 London based metal trio PAST THE FALL have released details regarding their upcoming tour of the UK. The ‘Trial by Fire UK and Europe Tour’ will visit the England, Scotland, Wales and Belgium, bringing their infectious grove metal sounds to their passionate fans. The artwork for the tour has been created by Costin Chioreanu at Twilight 13 media, who also produces artwork for GRAVE and ARCH ENEMY.

In 2013 the band released their debut EP ‘BEGGARS AT THE LIARS BANQUET’ which was mastered by Andy ‘Hippy’ Baldwin (Faith no more, The Who, Tesseract) at Metropolis Mastering in London. The EP received initial rave reviews and with the artwork concept also being created by Costin Chioreanu, the band have shown straight away their desire to offer their fans the best material both musically and visually.

With new material being recorded for an upcoming studio album to be released in 2015, PAST THE FALL is a band to watch out for in the future. 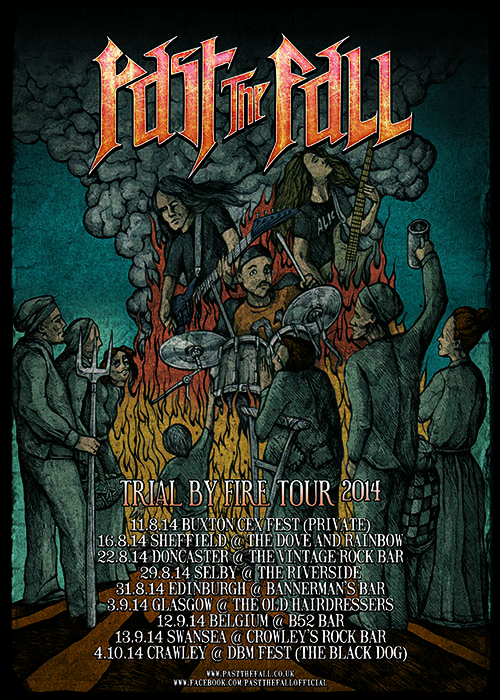 Beggars At the Liars Banquet EP is available from: