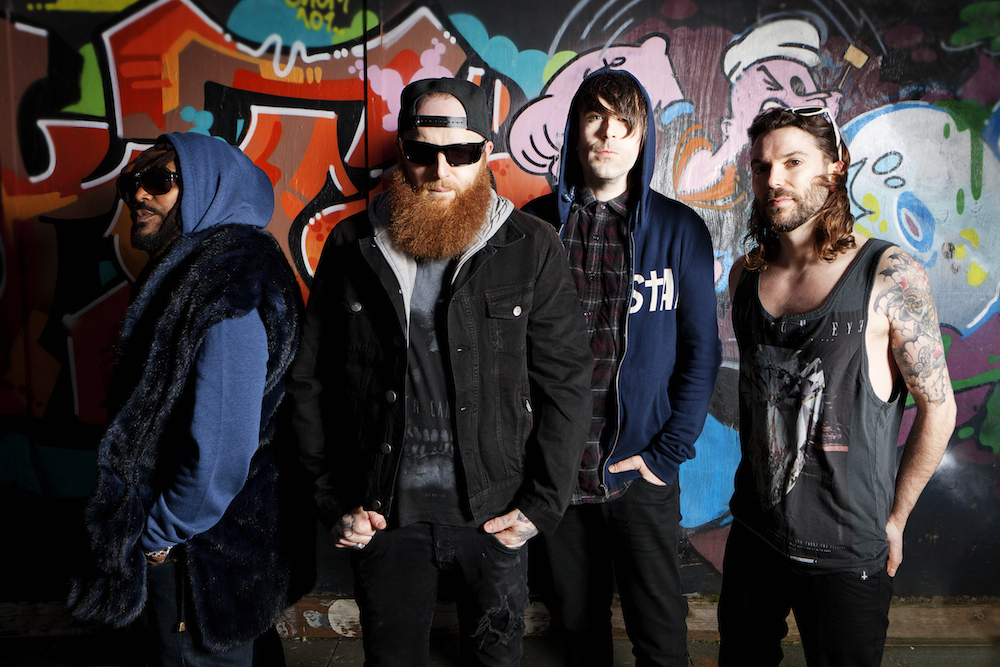 The Mike James Rock Show is very pleased to announce the details of their fifth Annual Halloween Zombie Ball and Zombie Walk 2014.

The zombie walk has grown year on year, and this family orientated showpiece is one of the highlight in the Exeter social calendar and attracts people from as far and wide. The event has grown to be one of the region’s biggest events of its kind, last year attracting nearly a thousand halloween and zombie dress revellers.

This year’s event starts from the upper bus station car park behind Co-Op, Sidwell Street, Exeter at 5.00pm on Friday 31st October and is open for anyone to participate.
“This year we have more entertainments along the course including a stage in Princesshey Shopping Centre with live music to thrill the procession. There will be spot prizes for best costumes and if the past few years is anything to go by then a lot of time and effort will be put in to them. Last year I remember seeing kids dressed as zombies in push chairs and as well as whole families all themed as famous halloween characters” explains event organiser Mike James.
The annual Zombie Walk precedes the Halloween Zombie Ball this year moving to its new home at Exeter Uni’s Lemongrove venue. The main ball is headlined by world conquering Welsh regga/metal stars SKINDRED. Their 2014 album ‘Kill The Power’ has seen them play shows all around the world, including prestigious festival appearances here in the UK and around Europe this summer.

The evening will also include some late night halloween orientated fun, including burlesque performers, guest DJ’s Dainton & Pritchard from MTV’s Dirty Sanchez, with many more to be announced.

Tickets are on sale now but for more details visit – www.mikejamesrockshow.com

Limited early bird tickets are on sale now for just £20 via www.exeterboxoffice.com – tel 01392 723518 and
www.seetickets.com 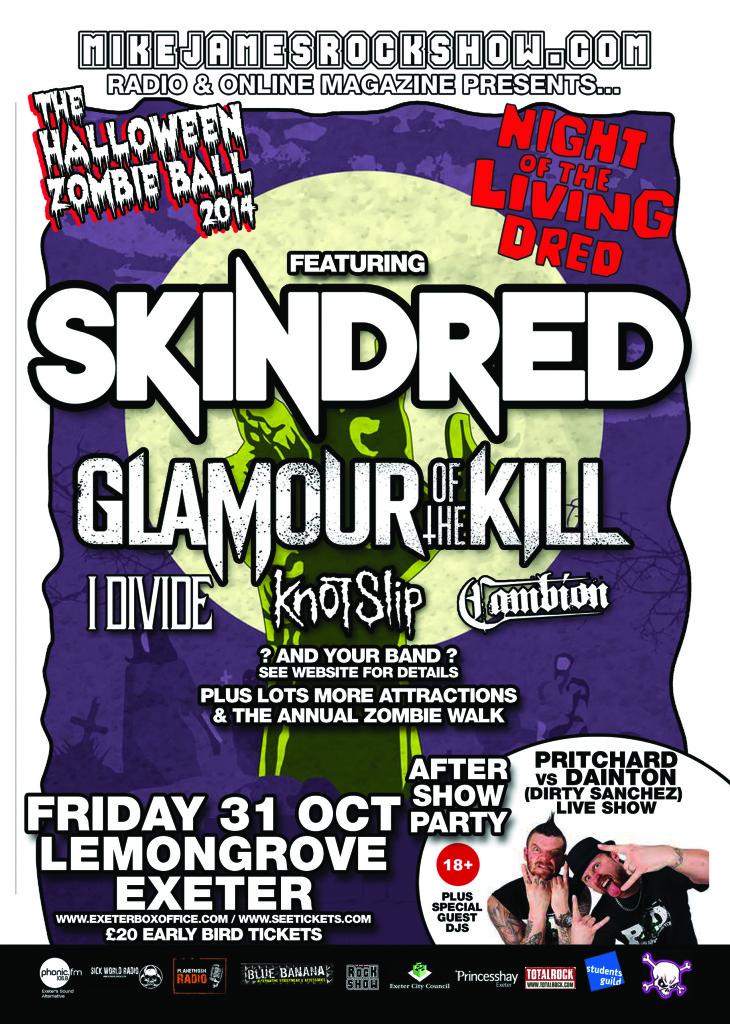