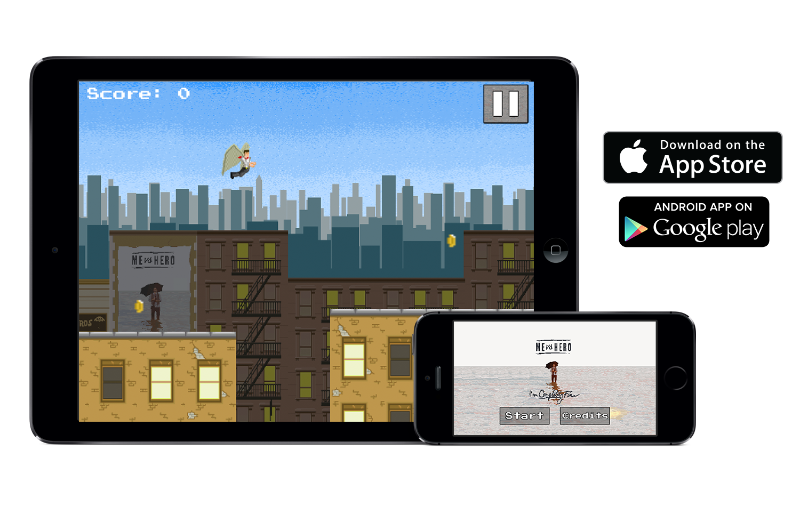 “Back with a real hunger and sting in their tail” – Rock Sound 8/10
“Exertion seeps from every pore, there’s commitment stamped all over these songs” – Kerrang!
“Infectious, fast paced and as catchy as hell” – Punktastic
“The soundtrack to the end of your summer” – OurZone 8/10
“The musical equivalent of smashing open a pinata” – F Yeah Pop Punk

Ahead of the release of UK pop punks Me Vs Hero’s forthcoming second album I’m Completely Fine next week on Monday 1st September, the band are pleased to reveal an exclusive free app game is available on the Apple and Google stores that streams the album in full.

With each level of the platform game completed, fans can unlock every track from the album to stream in full absolutely free. Preorder the album on iTunes now here or head to Banquet Records to pick up the CD or vinyl versions.

Watch a trailer for the game here: https://www.youtube.com/watch?v=2mTeQvF6ny0

Developed by Anders Schou and his team at Trixxr, the freelance game designer from Denmark worked alongside artist Christopher Payne and Daniel Saxon, Jack Fiddes and Andrew Eliott to create a unique and secure streaming platform for the album.

“The main goal we had with the game was to create as simple and unobtrusive an experience as possible so people could enjoy the new album, while still providing a couple of reasons for the player to do their best” explained developers Trixxr “It was also a super fun challenge to create a game that would hide the album in a way that made it impossible for people to leak tracks from the game in order to distribute them.”

The quintet hit the road on a UK headline tour in support of the new album with support from friends in ROAM, which starts on Thursday 18th September in Bristol and finishes on 24th September at O2 Academy2 Birmingham.