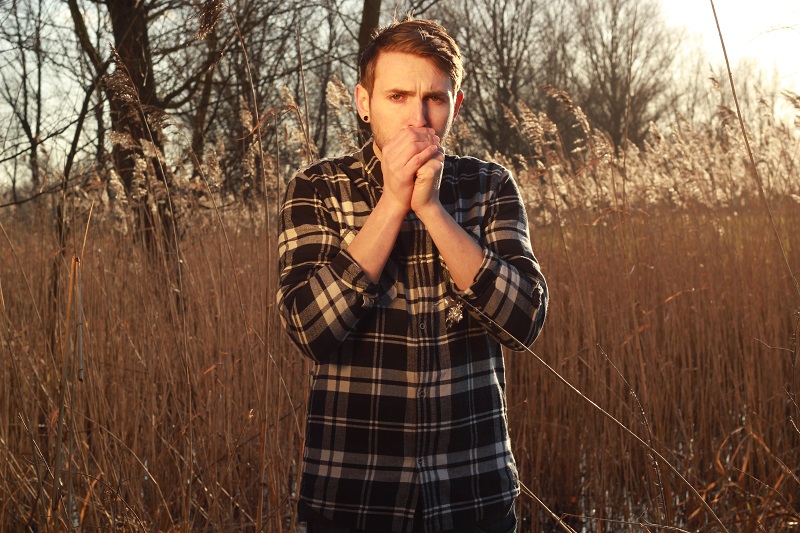 Singer/songwriter Marc Halls is best known for being the writing force behind previous outfit Fei Comodo and the front man of his current band Hey Vanity. With a surplus of material that didn’t quite fit in with his other projects, he is now set to release his second 7 track solo E.P ‘Born Into Light’ on 25th August 2014.

A few years back Marc released his first solo E.P ‘A Simple Man’ in his spare time, leading to tours with Inme’s Dave McPherson and playing the acoustic stages at festivals including Slam Dunk. Spurred on by support from the burgeoning fan base for his solo material, the new release shows a folkier side of the coin to Hall’s songwriting skills.

Taking his stripped-back songwriting cues from his rock heroes in bands like Thrice, Reuben, Coheed & Cambria and City & Colour, there’s also a big helping of country, folk and blues from one of Hall’s other major influences, Loudon Wainwright iii. The result is a folk-infused blue collar, heart-on-sleeve offering that has more in common with contemporaries like Frank Turner, Dave Haus and Rob Lynch than Halls’ day job in Hey Vanity.

With Hey Vanity and Fei Comodo, Halls has toured throughout the UK & Europe playing festivals including Download, Sonisphere and Slam Dunk whilst sharing stages on tours with the likes of Don Broco, Mallory Knox, Fightstar & Red Jumpsuit Apparatus, The Swellers, Straight Lines and more.

Halls will be appearing on the acoustic stage at this years Hevy Fest, before hitting the road again with Hey Vanity for support slots with friends in Decade and US punks Lit alongside Army of Freshmen.