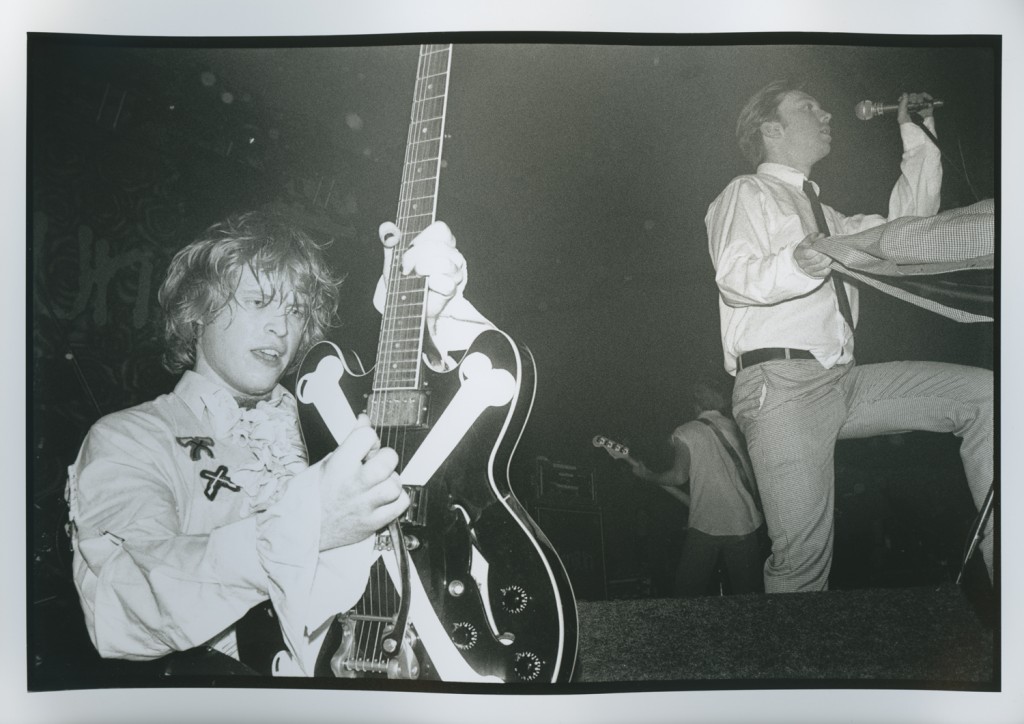 The Mansun Convention taking place place this  Saturday will celebrate the legacy ofMansun, once hailed as the most thrilling live rock band in the country, who’s number one debut album ‘Attack of the Grey Lantern’ was followed by the innovative ‘Six’, and who still have an incredibly dedicated fan base despite the band’s split over ten years ago.

Over 500 fans from across the globe will be attending the sold out event, which will be held in the band’s hometown of Chester, at The Live Rooms; the city’s newest and largest independent live music and club venue.

Mansun’s Paul Draper has announced today that he will reveal a new solo track at the get together:

“The event organisers contacted me to see if I’d help them out in any way towards the event so I gave them some of my old Mansun memorabilia for a charity auction. I also said that I’d play them a solo track of mine, so I booked some studio time and recorded a few songs. I’d originally planned on recording a solo album called Spooky Action after Mansun split but shelved it as I wasn’t in a place personally that I could make music at the time. However, the recording session went so well that we decided to do a second recording session and I loved playing so much with my new band that I’m putting together a whole album of these songs now. We’ve got on a real roll in the studio.”

The first song to be aired at the Convention from these sessions is called ‘Feeling My Heart Run Slow’: It’s partially electronic and partially rock. I wrote the lyrics a while back when I was in a dark place and it’s all about how you feel when you hit the worst place you can ever hit. But now I’m in a good place, so it’s a bit scary hearing myself sing these pretty dark words finally, and it’s also a bit daunting letting people hear these songs after so much speculation about me releasing a solo record. I’ve done it now though, so I just hope the fans who have kept the legacy of Mansun alive for so long like it and that I don’t let them down. I’m shocked myself that people still love the band so passionately, I gave everything to that band and it makes it feel like it was worth it now.”

Several special guests have been invited to speak at the event, including The Guardian’s Paul Lester and former EMI commissioner Matt Davey, who will be introducing the first play of the  track. Many renowned musicians have contributed to the event including Ryan Needham (Menace Beach), James Brown (Pulled Apart By Horses) & Dev Hynes (Blood Orange) and the event programme features content from respected music journalists discussing their appreciation of the band including NME’s Mark Beaumont and Damien Jonez, Simon Price, John Robb, Tom Pinnock and more.

The full itinerary for the convention can be read here which includes Q & A sessions discussing the band, displays of the bands instruments, never before seen photographs of the band from the EMI archive, live music, unseen archive video footage and the first airing of unreleased tracks from the sessions for the number 1 album Attack of the Grey Lantern.

Ronnie Stone, the bands studio engineer has kept all of the daily sessions from the recording of Mansun’s debut album and will be selecting some highlights and rarities from the hours of audio he has, to play exclusively for attendees of the fan Convention. About the tracks he says “I think hearing the fun element in these earlier sessions is important. I remember taking some tapes in to play EMI and they were astonished at what they described as ‘6 tracks and 5 hit singles in one session.'”

Convention organiser Andy Lyth says “this is an incredible discovery for Mansun fans –
listening to this will change the way fans enjoy Attack of the Grey Lantern. We’re all looking
forward to hearing Ronnie’s stories about recording such a seminal album”.

The convention will also be raising money for CLIC Sargent http://www.clicsargent.org.uk
supporting children with cancer, as many items of personal band memorabilia have been
donated by members of Mansun which will be auctioned off in support of the charity.

For more information go to the Mansun Convention website at
http://www.mansunconvention.co.uk