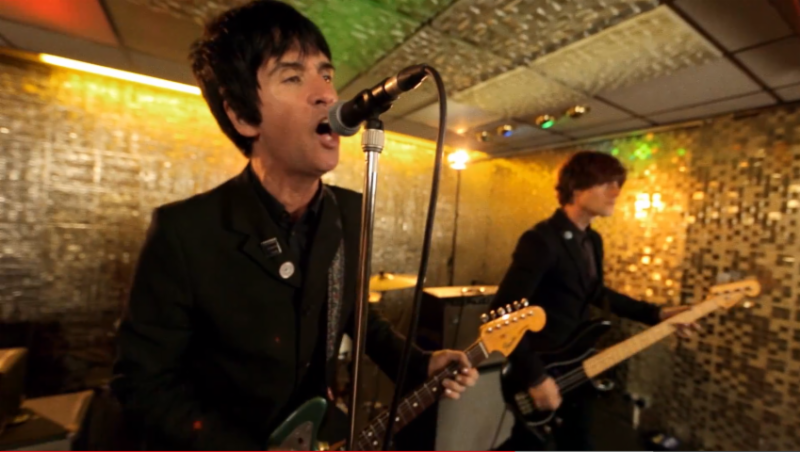 Legendary guitarist Johnny Marr has released “Easy Money” – the first single from his upcoming album Playland due out October 7 via Warner Music Group. Following a first listen on BBC 6 Music, Marr premiered the track’s video via Pitchfork. Rolling Stone explains the song has, “…throbbing bass, funky guitar and a catchy melody to mask lyrics about the downfalls of greed.”

In a recent interview with Rolling Stone, Marr adds: “I like the idea of sneaking a serious concern into the mainstream, disguised as a big pop tune. The riff was so catchy and infectious that I wanted it to be about something that appeared to be trite but was actually quite universal. Money is a preoccupation of everybody, and it took me quite a long time to write something that appeared to be simple. If you were to ask anybody in the City what they’re after, essentially the root of it is money. It’s the age-old thing of people thinking that it will make us happy.”

‘Playland’ is Marr’s second solo effort and the follow up to last year’s critically acclaimed (included the honor of being named as NME’s Godlike Genius) Top 10 debut album ‘The Messenger.’ Work on the album commenced in London in spring 2014 as soon as the year of touring in support of ‘The Messenger’ came to a close. It finds Marr continuing the creative connection that was forged on ‘The Messenger’ with collaborator and co-producer Doviak, as well as the other musicians who performed on the album and accompanying tour.

You can pre-order “Playland” on iTunes and Amazon.