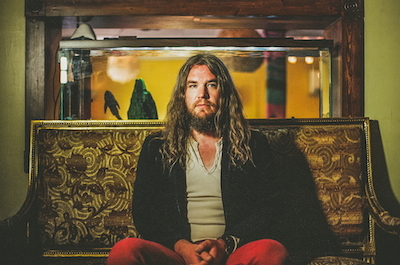 “A neo-psychedelic monument, the most phenomenal Americana record of the year…” ROLLING STONE

“…a landmark record in both a literal and figurative sense …striking echoes of Laurel Canyon-era Nick Drake and a cosmic dusting of Pink Floyd….a record that suggests the full flowering of a rare talent”  CLASSIC ROCK

“a thing of real beauty”  UNCUT

“drips with authenticity and his songs seep into your soul, lingering long after the last notes fad away.”  THE SUN

“It’s a career worth following.”  THE INDEPENDENT

The live video for “Who In Time,” the latest video from Israel Nash’s Rain Plans is streaming now at CMT Edge (http://bit.ly/1sgURDz).

Israel Nash has announced a string of European tour dates surrounding his appearance at End Of The Road Festival on the 29th August (see below). The tour will be preceded by the much anticipated North American release of his album Israel Nash’s Rain Plans on the 19th August via Loose/Thirty Tigers. The release will mark Loose Music’s first ever North American venture.

Rain Plans is out now in Europe. Stream via Youtube

The album was produced by Nash, recorded and mixed by Grammy Award winning engineer Ted Young (Sonic Youth, Kurt Vile) and inspired by Nash’s new home of Dripping Springs, TX which helped evolve the tone of his songwriting. Of the new music Nash notes, “I wanted to make an album that sounded like what I saw and somehow spread the peace that this place brings to me. These songs are all about moving from New York to the reaches of the Hill Country and what those hills represent to me, which is greater than just nature. It’s about my life and home. I really wanted to go new places and abandon any rules that had made me cautious before. It’s about creating an environment that is so much bigger than any individual.”

As a native of Missouri, Nash grew up in the heartland of America. Ever restless, Nash relocated to New York City. In 2011 he released Barn Doors and Concrete Floors, which was recorded live in an old barn in upstate New York. Extensive touring in Europe helped Nash gain greater exposure overseas and the Euro Americana Charts chose Barn Doors and Concrete Floors as the top album of 2011.

*with Sons Of Bill