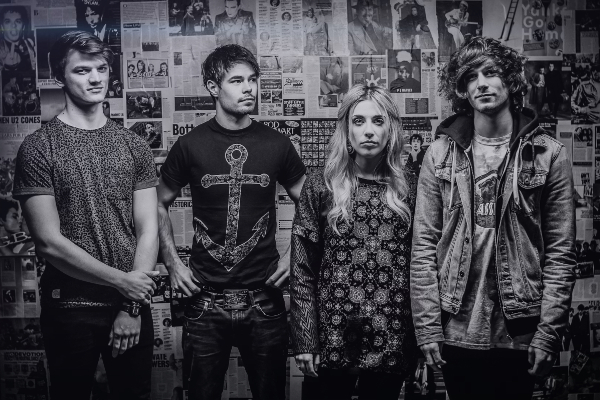 “I think they’ve got what it takes to do a Biffy Clyro or a Twin Atlantic and break through into the mainstream” Vic Galloway, BBC Scotland

Rising Scottish rock outfit Vukovi announce the release of brand new single ‘So Long Gone’ via First Run Records. As instantly infectious as it is forward-thinking, the new single packs a massive punch with its razor-sharp guitars, groove-laden rhythm and singer Janine Shilstone’s soaring vocals. A completely refreshing breath of fresh air, the bands melodic yet progressive music is matched by the bold and honest lyrical content.

Despite the bands undeniably powerful anthems, Vukovi’s influences take in the intensity of Rage Against The Machine, the progressive approach of Foals and the unabashed melodies of Sia and Florence and the Machine. The band have shared stages with the likes of Funeral For A Friend, Twin Atlantic and Lower Than Atlantis and have been seen performing at T in the Park, Hard Rock Calling, Hit the Deck, Live at Leeds and British Summer Time Festival at Hyde Park – as a well being chosen for BBC introducing track of the week with Huw Stevens.

‘So Long Gone’ is the first cut to be heard from the band’s forthcoming debut album.