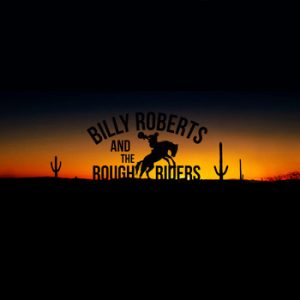 Billy Roberts was raised in Moree, Australia, and is a man who is not worried about the status quo. He couldn’t give a damn what the Jones are up to and is simply focused on being true to himself; in life and in his music. And if that makes him a renegade, leaving him to go it alone, so be it.

Roberts took to music in his early twenties, inspired by bands and artists such as Pearl Jam, Bruce Springsteen and the E Street Band, and Neil Young and Crazy Horse, to grab the guitar and start picking. Not limited to those influences, he took great strides to learn by listening to further artists as diverse as Elvis Presley, The Arcade Fire, Buddy Holly, and the Black Keys, among others, taking elements from each and beginning to incorporate various elements into his personal songwriting style.

That style of music, country rock with flourishes from hard rock, folk, and occasional blues, is one that leaves the artist feeling somewhat alienated in his native Australia where mainstream country music, as a rule, is not very popular. That’s led to issues with Roberts finding artists to play with in country, eventually leading the artist to seek out a studio in Nashville to record his yet to be titled debut album with producer Billy Anderson at Cumberland Studios.

Those issues haven’t gotten Roberts down, though. In fact, it’s actually only gone on to strengthen the artist’s resolve to keep putting his music out there while partaking of his other loves of sports, travelling, fishing, and hunting, among others, while also working as an industrial relations advisor. And for Roberts, music truly is just that, a love among many but, to be sure, it’s definitely a love that he’d enjoy seeing carried further.

Roberts takes those building blocks that he loves and coaxes them into his own arrangements, crafting tales that share both personal stories as well as evoke those very emotive notions he loves about the craft. On his debut, the artist crafts an American-flavored soundscape, one that showcases his loves and his history, capturing a devil may care attitude together with respectful nods to the place he grew up and the music he loves. Those nods are shown on tracks like the southern rock fueled “I’m Gonna Get That Girl,” the bluesy tones of “Red Headed Baby,” and the honest, fiddle-filled simplicity of “I Was Young.”

In short, Billy Roberts is who he is and, frankly, he’s not worried too much about what you think about that. He’s a rugged individualist who’s set on carving his own way in life and in music and, while he’s been favorably compared to the best, he’s happy to say, “I wanna be Billy Roberts.”

And for Roberts, that mission is summed up by the artist this way as he shares, “I would rather be more than I promised and less than I said. I don’t wanna be someone I am not.”