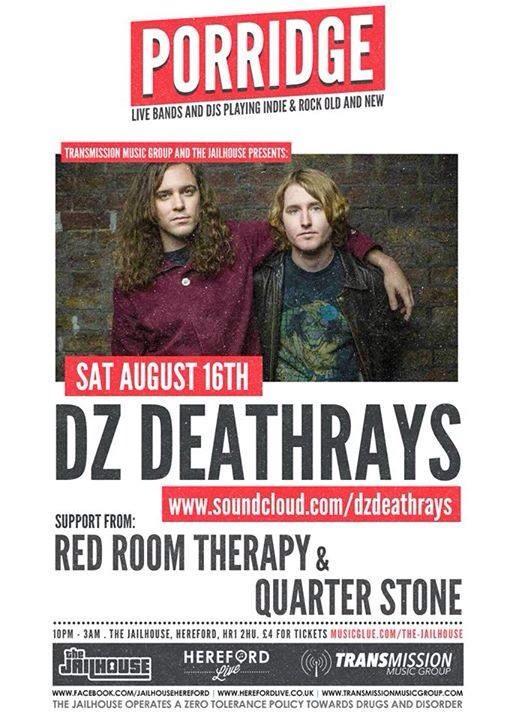 On Saturday 16th August, Aussie riff-rock machines DZ Deathrays headlined Hereford’s finest venue, The Jailhouse.  Porridge– in connection with The Jailhouse and Transmission Music Group– hosted yet another successful and unmissable indie/rock night bringing in touring talent from across the UK , or in this case Australia, to our doorstep, and in doing so allowing us to see some incredible acts we might not have had the chance prior. Porridge are working hard to introduce us to some promising talent.

Local talent Quarter Stone kicked off the evening’s proceedings followed by Red Room Therapy. The Wales/Hereford based 3 piece rock outfit Red Room Therapy certainly filled the venue with adoring fans. These three warmed the stage up and kept the crowd on a high; with hard hitting, impressive compositions. Delving through a range of covers and tracks of their own, these musicians kept the crowd entertained, moving and impressed. A great live act.

Soon enough it was time for the highly anticipated headline act.  DZ Deathrays are a duo who need no introduction,  the band who have toured alongside the likes of Blood Red Shoes, Foo Fighters and Unknown Mortal Orchestra were ready to impress Hereford.  The two piece garage punk rock band from Brisbane consists of guitarist and vocalist Shane Parsons and drummer Simon Ridley.  Intentionally a maximal band- with few numbers making up the act, together they make the sound of a five man band. At times during their set friend and musician Mitchum Gregory grabbed his guitar and stepped in to add that extra kick in certain compositions, ensuring that absolutely nothing lacked in their entire performance.

The hard working energetic pair bask in their kaleidoscopic array of confining resonating warm feedback and wall of sound; their glistening riffs, audacious deep beats and fills, captivating lyrics and aggressive showmanship highlight  the musicians abilities and its easy to see the pair simply bounce from one another. As they provide a relentless loud, fun and daring set. Their set showcasing the perfect blend of compositions taken from their flawless debut  album ‘Bloodstream’ and their latest notable sophomore release ‘Black Rat’ which hit the UK just days after the gig. DZ Deathrays tick all the right boxes, the two are a force not to be messed with. Their entire intimate performance was powerful and daring. They left their audience with a taste for more and a giant smile across their face. Another quality act whose musicianship unites any crowd. 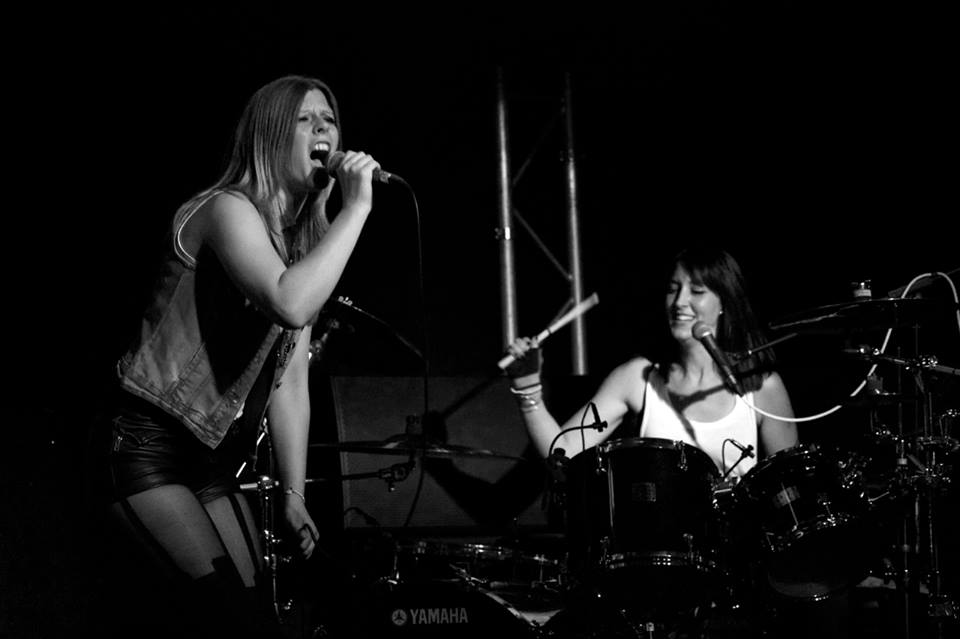 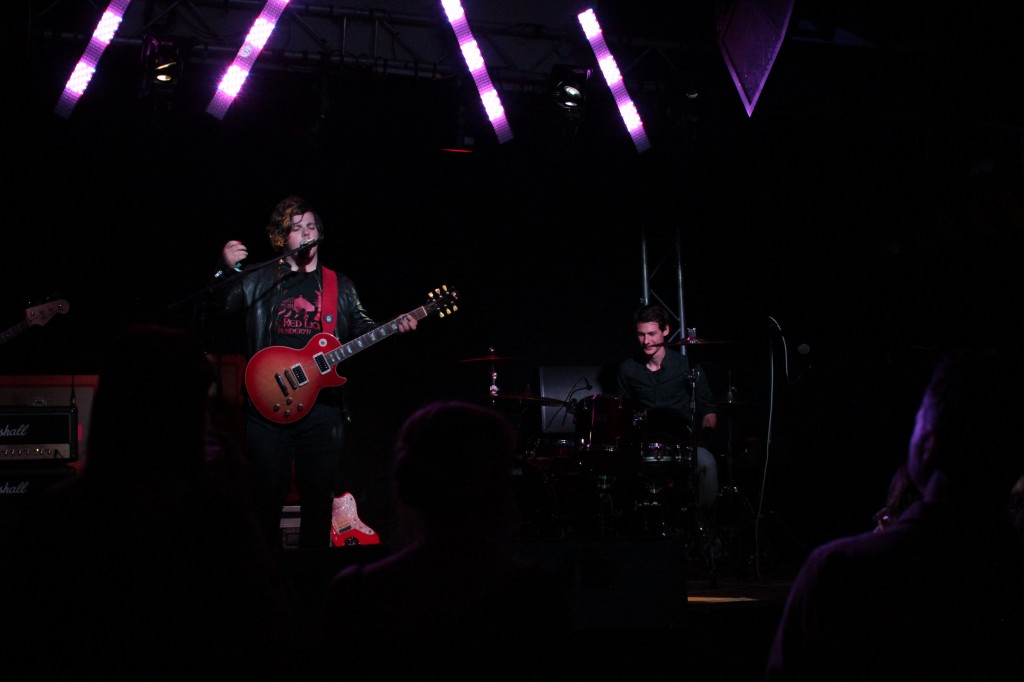 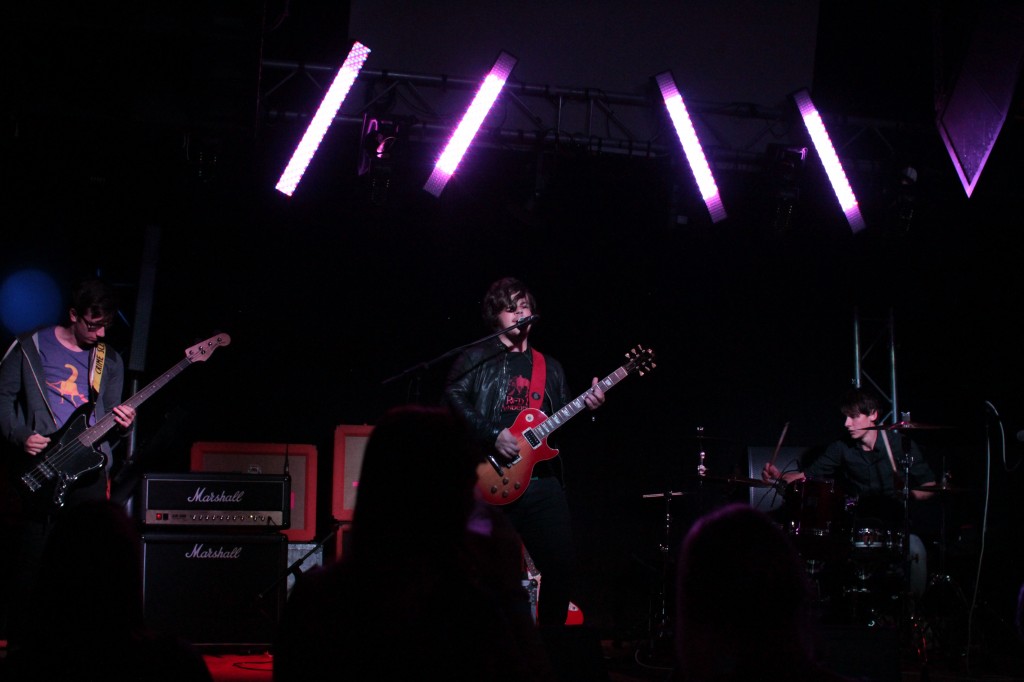 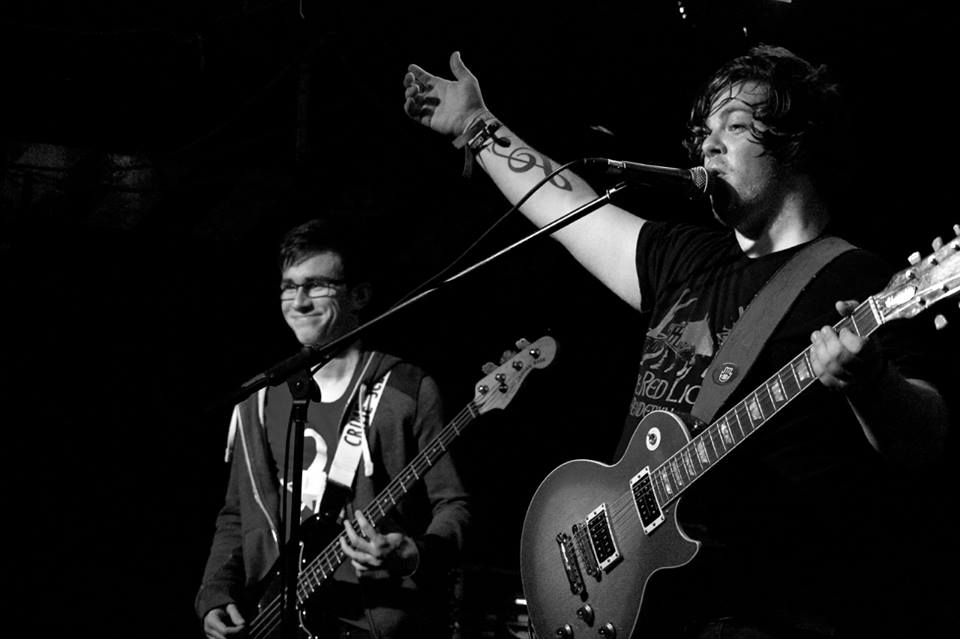 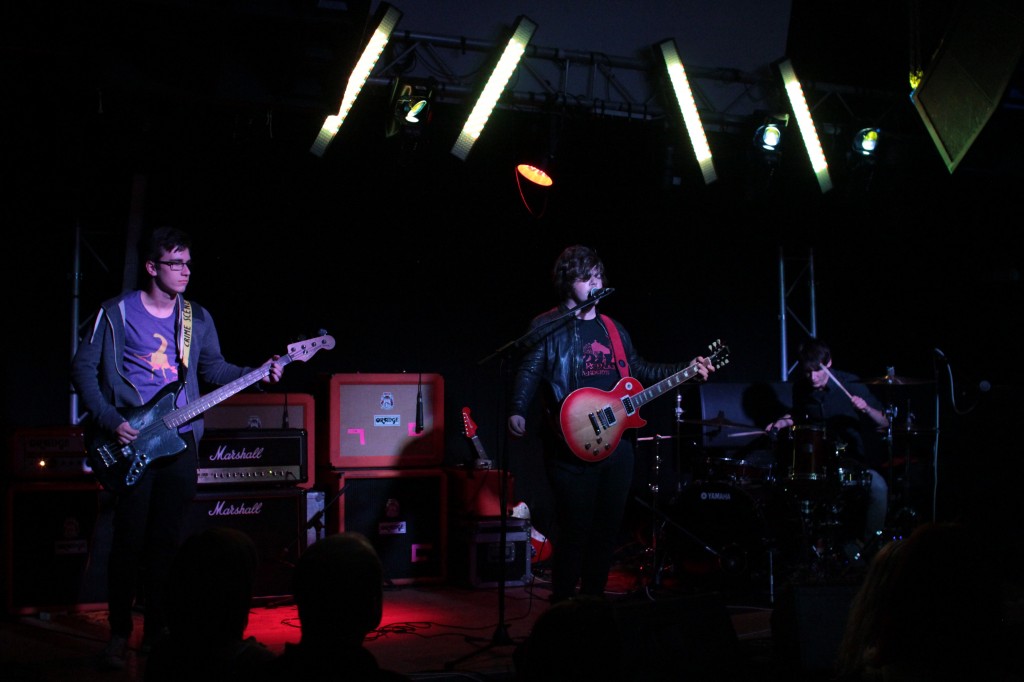 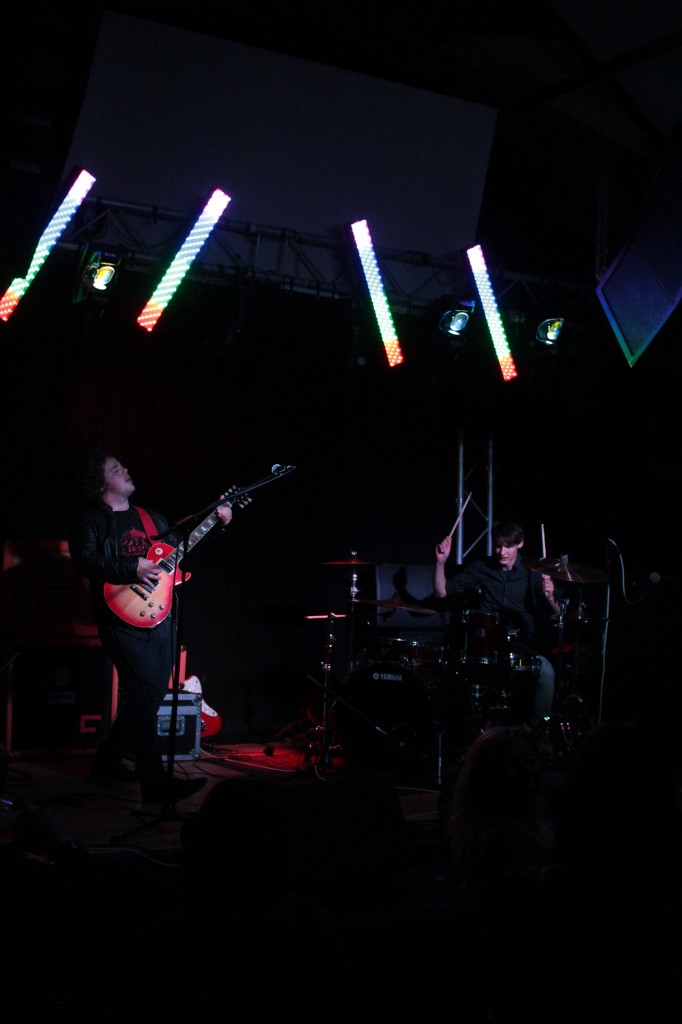 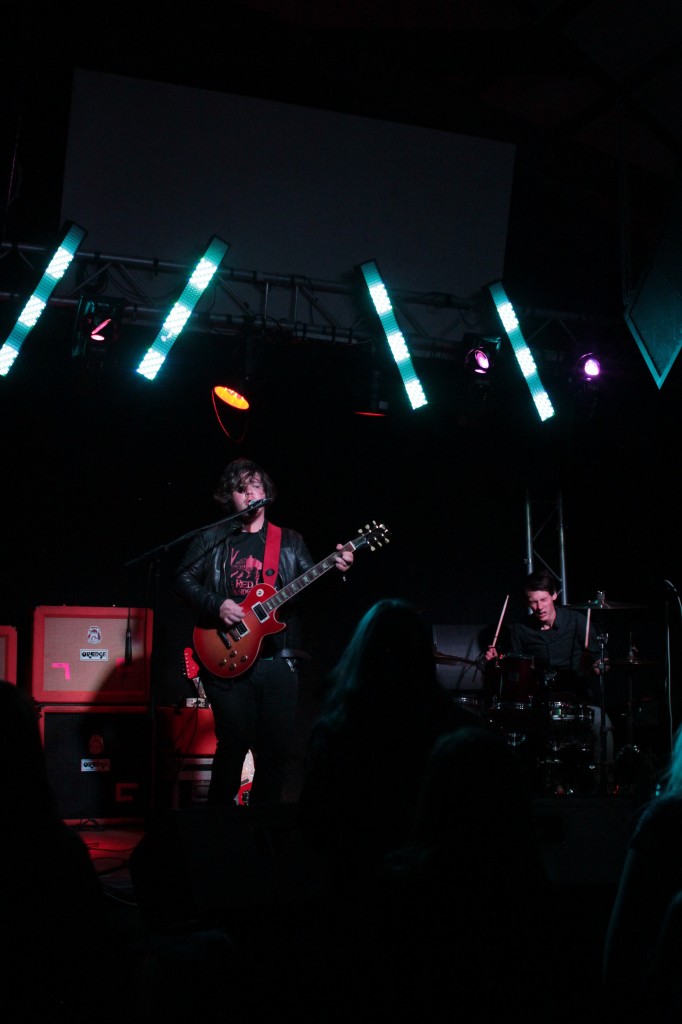 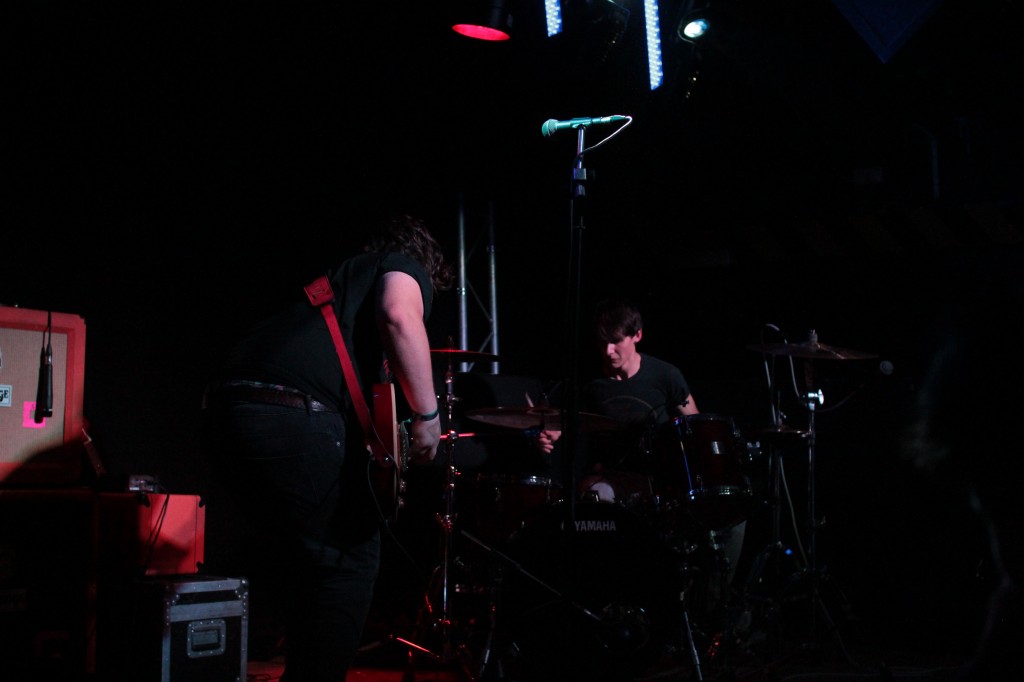 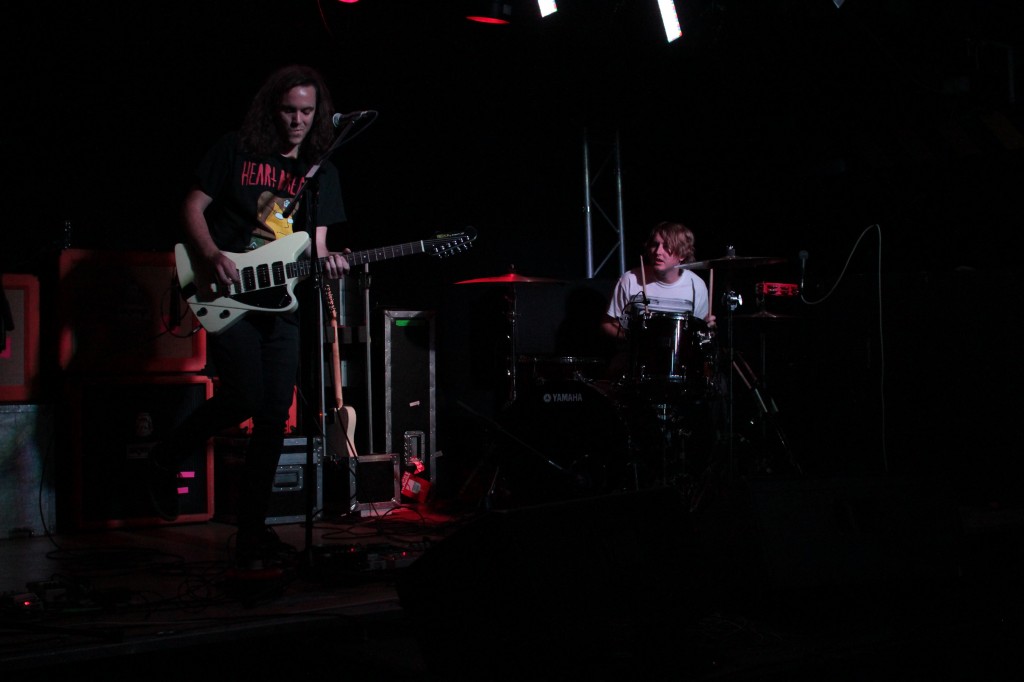 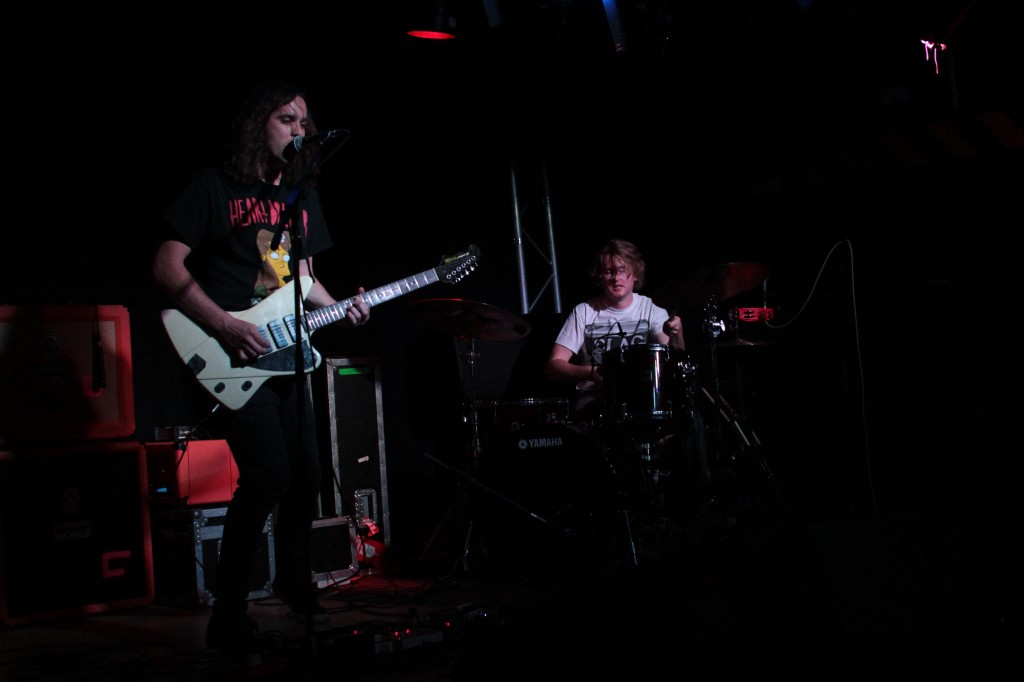 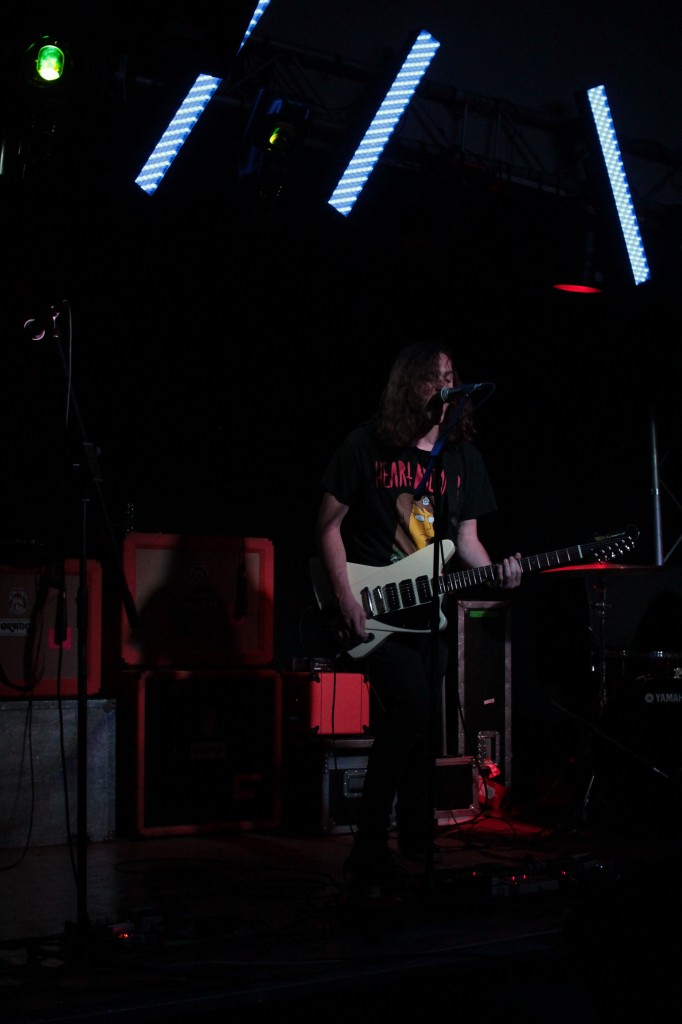 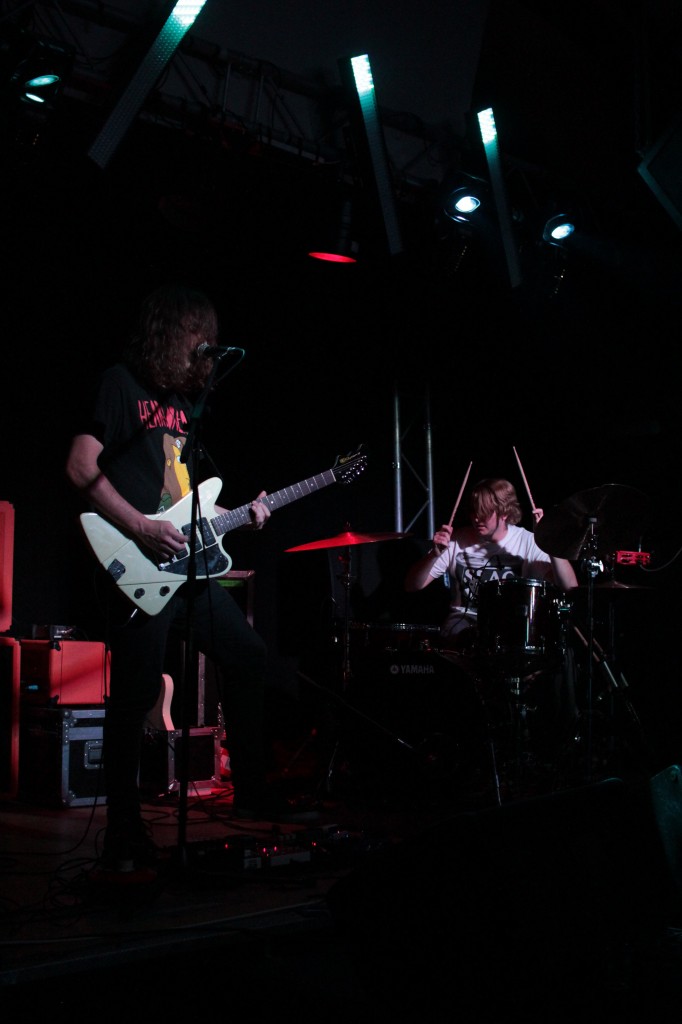 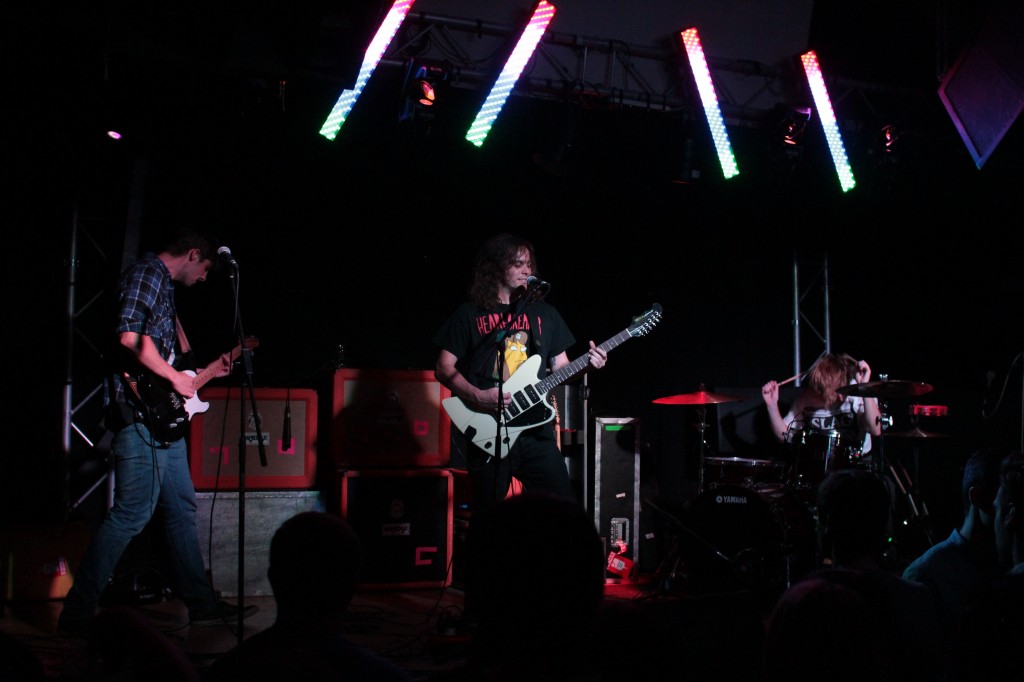 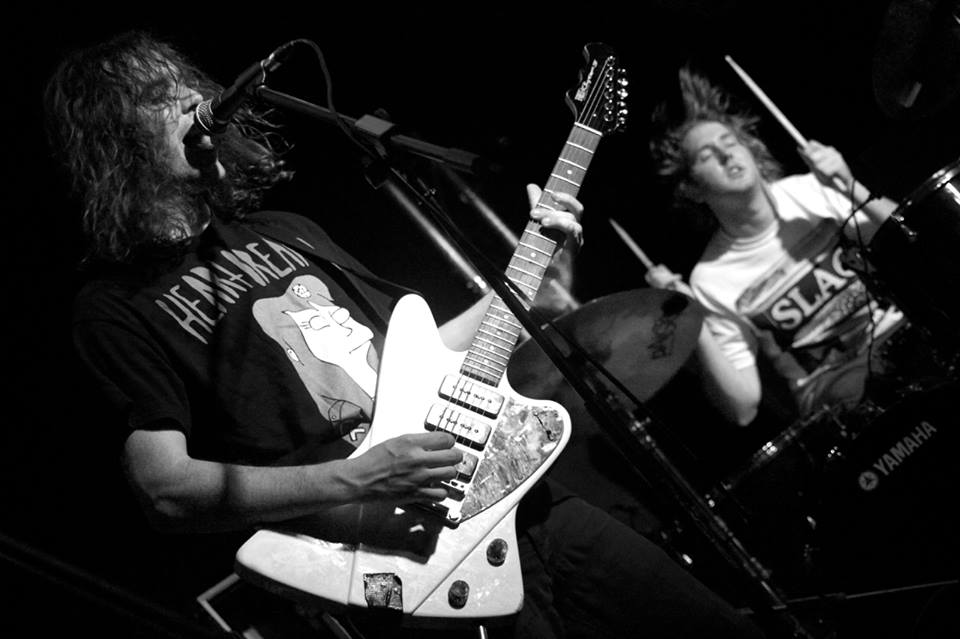 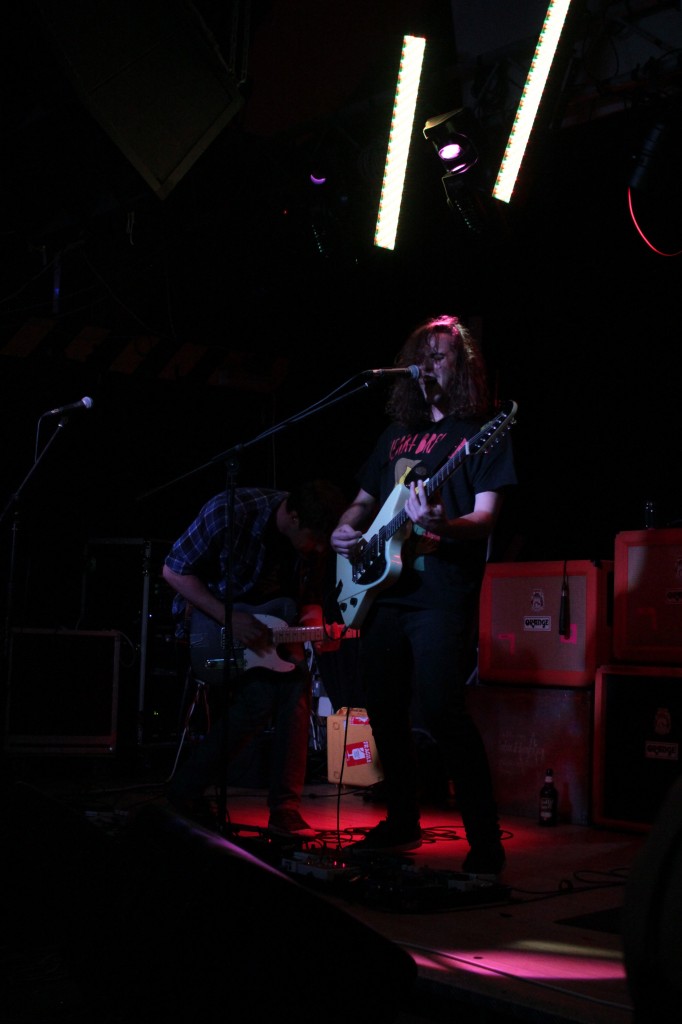 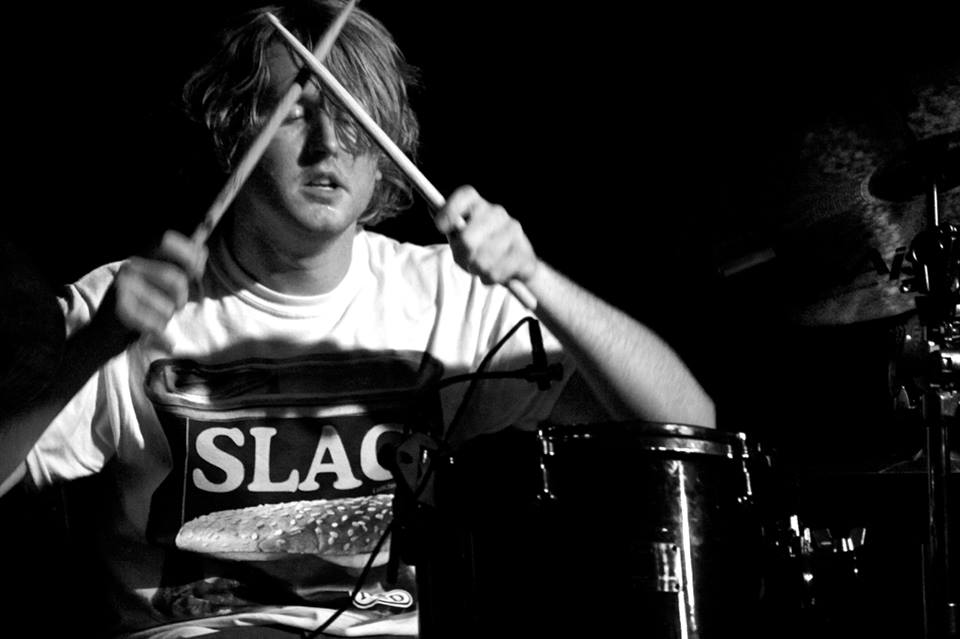 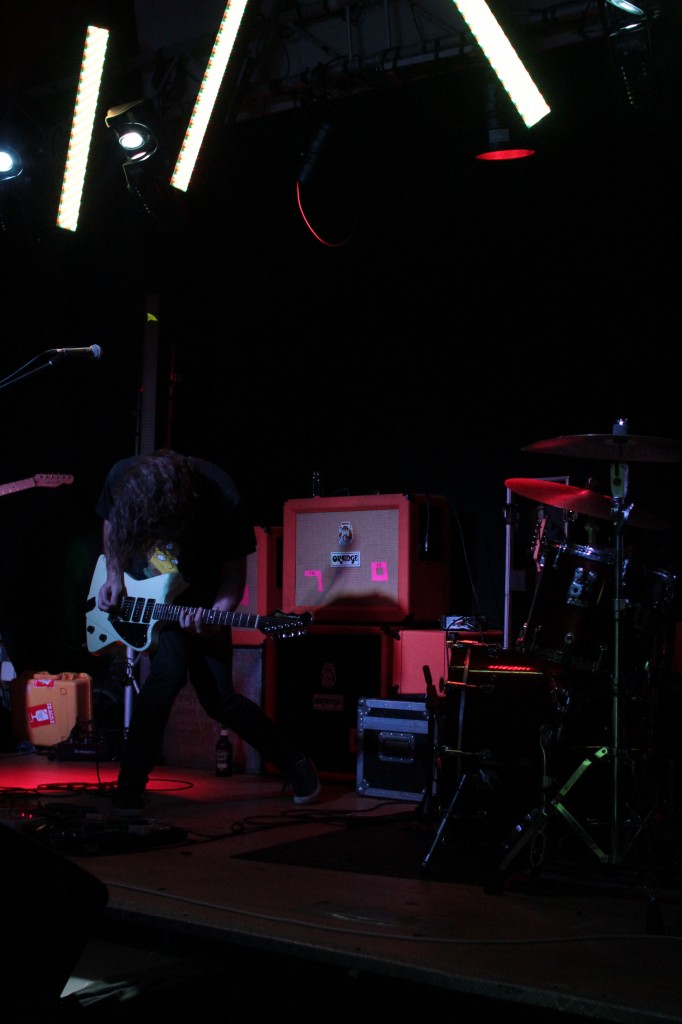 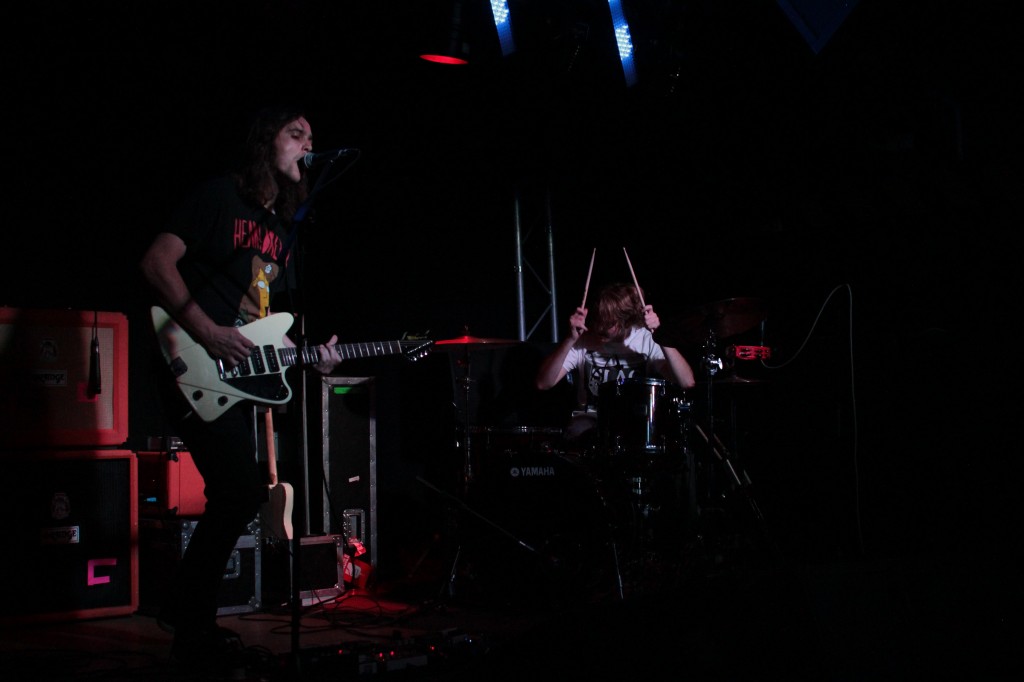 Images by Oli Montez.
Email oli@circuitsweet.co.uk for copies/permission of use.