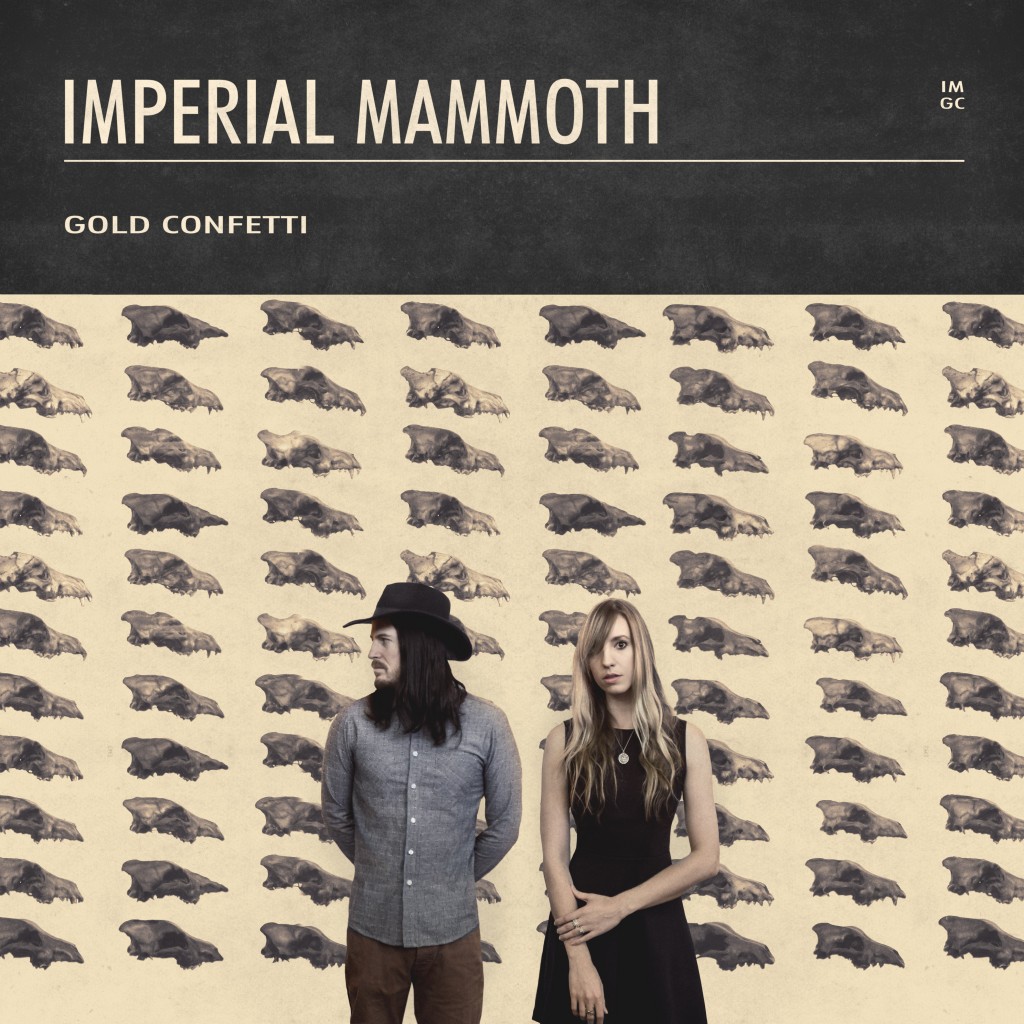 For fans of The Naked and Famous, CHVRCHES, and Matt & Kim.

Imperial Mammoth began in bed. When musician Laura Jane Scott lay in recovery from knee-surgery, her boyfriend and fellow songwriter Leonard Jackson brought his guitar to pass the time. Together they sang, and wrote some songs, and thought it sounded good enough to record.

It didn’t take long for people to agree. Their debut single ‘Requiem On Water’ landed in the Twilight Breaking Dawn Part 1 soundtrack (certified gold), and featured in a key scene in the film. Just a week after their own wedding, Laura and Leonard played their first show as Imperial Mammoth to 1,500 fans at the Breaking Dawn premiere.

They soon followed with the EP, ‘Where Satellites Fall’, building their fan base with over 30 placements in TV and film, including spots in Parenthood, About A Boy, Awkward, Grey’s Anatomy, Private Practice, Ragz, Drop Dead Diva, Switched At Birth, Alexander & The Terrible, Horrible, No Good, Very Bad Day, and Enlightened.

The band grew, and the sound got bigger. They enlisted cutting-edge producer Nate Pyfer (Kascade, Mideau), and mixer Mark Needham (The Killers, Walk The Moon, Imagine Dragons) to actualise their biggest work to date; the new 11 track ‘Gold Confetti’ LP, which was out on 24 June 2014 via Bleed101 Records, and available to purchase here).

Even as the music propels them into daring territories, the 11 track album finds the band (much like the great beasts that gave them their name) stuck in the past. From their fondness for Raymond Chandler’s Hollywood (‘The Last One To Leave The Party’), and the bittersweet pull of distant loves (‘The Limitless Hours’ and ‘Mooncatcher’), to the re-casting of a local crime as a mediation on villainy (‘Fifty-Five Fires’), Imperial Mammoth is a band that cannot let go.

It makes sense then that the band describes the new album as a study of timeless themes. Or as Jackson puts it “Songs about love, loss, and longing — $0.99 each”.