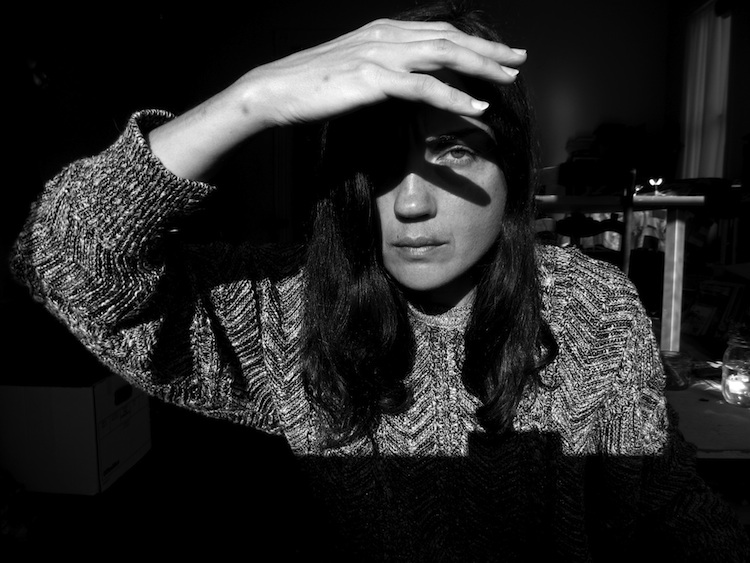 GROUPER REVEALS DETAILS OF RUINS, A BRAND NEW ALBUM DUE ON KRANKY THIS OCTOBER
A new Grouper album is news, and we are pretty sure that few people were anticipating it to arrive this year.  Best introduced in Liz Harris’ own words, here’s the story…
“Ruins was made in Aljezur, Portugal in 2011 on a residency set up by Galeria Zé dos Bois. I recorded everything there except the last song, which I did at mother’s house in 2004. Iʼm still surprised by what I wound up with. It was the first time Iʼd sat still for a few years; processed a lot of political anger and emotional garbage. Recorded pretty simply, with a portable 4-track, Sony stereo mic and an upright piano. When I wasnʼt recording songs I was hiking several miles to the beach. The path wound through the ruins of several old estates and a small village.”
“The album is a document. A nod to that daily walk. Failed structures. Living in the remains of love. I left the songs the way they came (microwave beep from when power went out after a storm); I hope that the album bears some resemblance to the place that I was in.”
Track listing:
1. Made of Metal
2. Clearing
3. Call Across Rooms
4. Labyrinth
5. Lighthouse
6. Holofernes
7. Holding
8. Made of Air
“Songwriting of this calibre needs no embellishment.” Drowned in Sound [9/10]

“Nobody sounds like Grouper.” Pitchfork best new music
“A masterclass in medicated bleakness.” NME
“Rather than be pulled into the darkness, Harris boldly searches for meaning in this gorgeously reproduced world.” Consequence of Sound
“For all the gossamer beauty of The Man Who Died In His Boat, its roots are strong and sure, anchored to corporeal exploration as well as straining at its bodily anchor.” Dazed