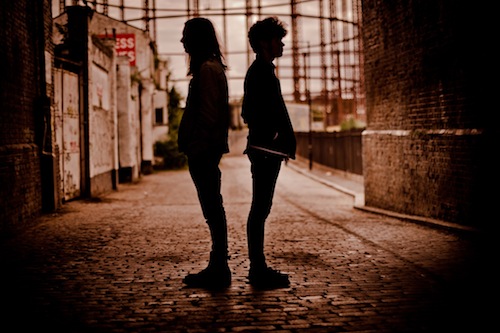 AA side single out September 22nd

http://dolomiteminor.tmstor.es/cart/product.php?id=18575&cur=GBP
Head-banging, intense, inescapably gritty riffs that puff thick plumes of bluesy psychedelia: Dolomite Minor paint it black with hard rock songs that come from a beautifully dark place. Today, the band informally inform the masses with their debut ‘Talk Like An Aztec’, a three minute brain bomb shower that sounds like the theme to a Mexican drug deal ‘I wanna get paid…Fight to live, fight to kill…Talk Like An Aztec…All alone in the dead of night’.
On September 22nd, ‘Talk Like An Aztec’ will be released together with companion track, ‘Let Me Go’, mind blitzing blues rock that will fill your heart with wild wanton, fear & loathing. This double A side will also be released on a handful of 7” white vinyl which can be pre-ordered from today http://dolomiteminor.tmstor.es/cart/product.php?id=18575&cur=GBP
Ferociously good live, Dolomite Minor will beckon forth those looking for some alternative religion as they hit the road just in time for the onset of the long nights. They will play Reading and Leeds Festival on the Festival Republic stage, preceded by a warm-up show at The Garage in London on August 21st before three southern dates in November (full list of dates below). Tickets for the November club shows go on sale 9am Friday 15 August.
Live Dates
August 2014