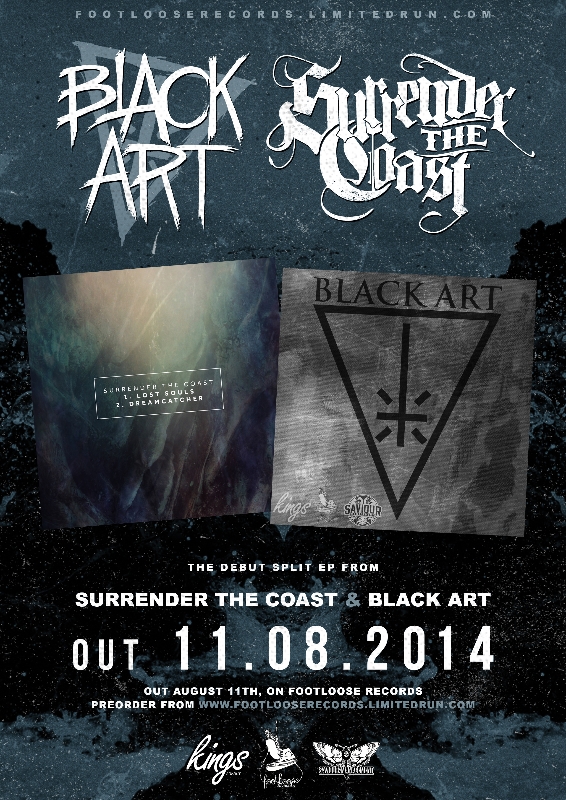 The split release, pressed on 7inch vinyl is to be released through Footloose Records on 11/08/2014

Surrender The Coast, hailing from Leicester, UK have been described by Kerrang as “In part absolutely savage, and the other part, absolutely awesome”. With a strong DIY ethic the four piece has released two Extended Plays and a Double A Side as well as constantly touring all over the UK and mainland Europe.
Formed late 2011, from the Forest Of Dean, Gloucestershire, UK, Black Art are a 5 piece punk and roll band. Since the start the band has relentless toured in and around the UK and Europe with bands such as Our People Versus Yours, Black Dogs and Weathered Hands. Renowned for their vicious live performances and punk anthems this is not a band to be missed.

The split features 2 brand new tracks from each band, which will leave you battered and bruised after an assault of punk rock & hardcore.
Pressed on 7inch black vinyl, each side with it’s own artwork and insert. Limited to 250 copies.