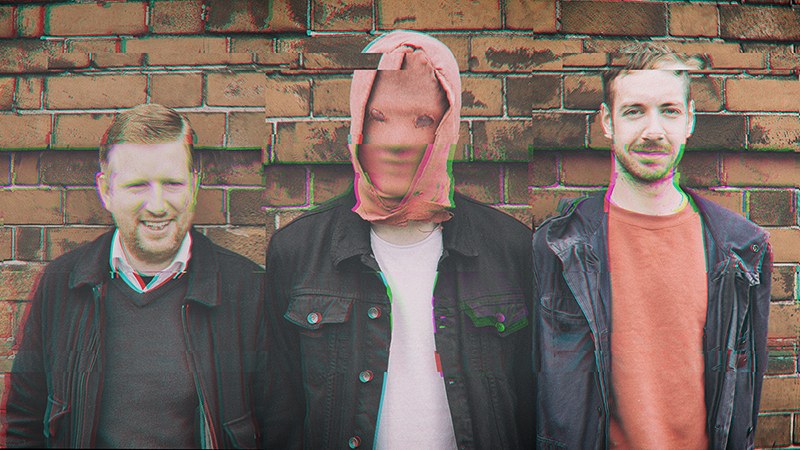 “The most ridiculous thing you’ll hear this week, and also the best…More please” – The Guardian, Big Unit [Song of the Week]

“one of the most anticipated Irish releases of 2014,” – The Irish Times
Ireland’s multiple award-nominated trio Adebisi Shank are streaming their entire forthcoming album a week early beginning today via major UK news outlet, The Guardian. Listen to & share This Is The Third Album of A Band Called Adebisi Shank HERE.

The band recently premiered the well-received “World in Harmony” which followed on from “Voodoo Vision” and “Big Unit”. “Voodoo Vision” was premiered via tech ephemera site Gizmodo to critical acclaim, following on from the success of “Big Unit”, which was named as The Guardians Track of the Week. Both tracks, plus World in Harmony are available instantly with album pre-orders via iTunes HERE.

“We were trying to make something euphoric and huge, a universe of our own imagination that we could escape into,” says bassist and masked man Vin. “Our inspirations were more cinematic and fantastical.”This Is The Third Album of A Band Called Adebisi Shank bursts with pure rock anthems with undeniably danceable structures. Alongside the band’s penchant for unusual instrumentation is their clever use of vocoder-effected vocals which seems to invite listeners to sing along with our robot overlords.

In creating the album’s imaginary universe, Adebisi Shank drew on a hodgepodge of inspirations, includingELO, Enya, Mike Oldfield, Pixar animated films, Crash Bandicoot video game and Game of Thrones. In 2013, the Wexford, Ireland trio consisting of guitarist/vocodist Lar Kaye, drummer Mick Roe and bassist Vin relocated to a secluded house in the wilds of county Wicklow, to avoid distractions and let their imaginations run wild. Writing and recording daily, the result is a multiverse of musical possibilities.

This Is The Third Album of A Band Called Adebisi Shank will be available everywhere on LP, CD and download via Sargent House on August 12th, 2014. 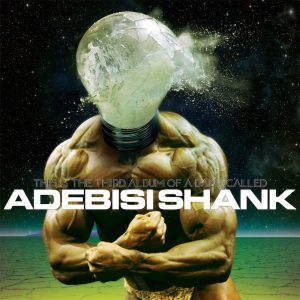