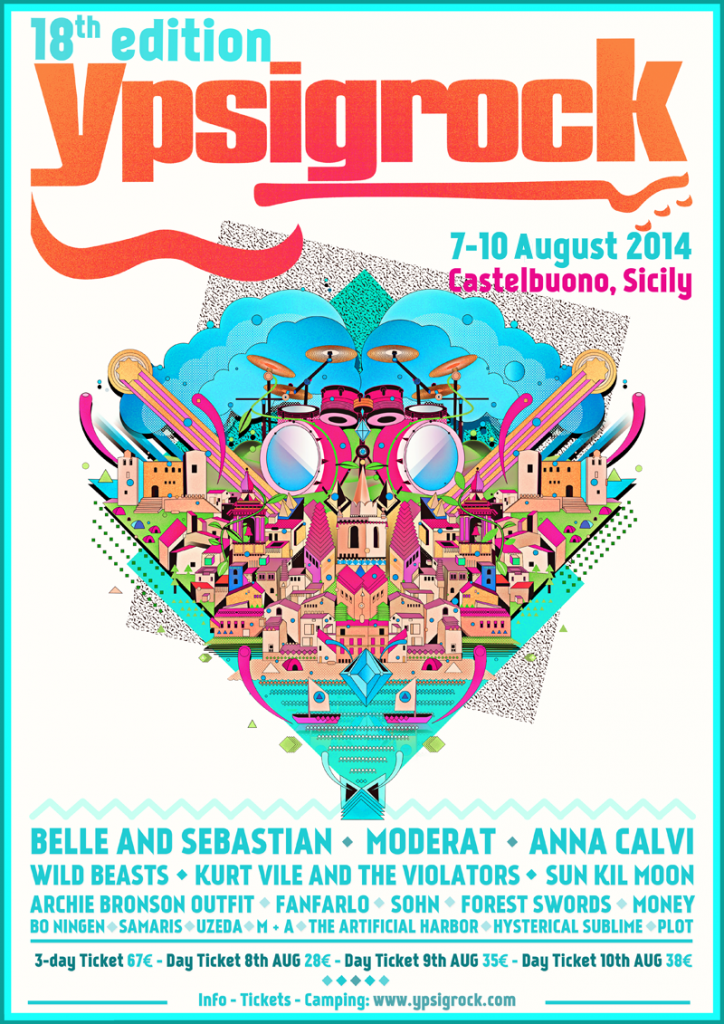 Why not combine italian holidays with a unique music festival this summer?

Established in 1997, Ypsigrock Festival has earned a reputation as one of the most suggestive European festivals and it returns this August for its 18th edition at its stunning location: the imposing Castle of Castelbuono, in Sicily, Italy.

Ypsigrock Festival 2014 promises to be an unmissable event and it confirms, once again, to be the only one Italian wriggle in the sweeping list of international festivals.

Ypsigrock Festival returns this August for its 18th edition at its stunning location: the imposing Castle of Castelbuono, in Sicily, Italy.

The charming venue takes you back in time, inside the medieval town Castelbuono, nestled between the Madonie Mountains and the sea on Sicily’s north coast.

Established in 1997, Ypsigrock Festival has earned a reputation as one of the most suggestive European festivals. It’s an enchanted pocket sized event turned out to be the benchmark for addicted indie-rock lovers. Ypsigrock is a choice of quality and it differs, cause it mixes up several charming aspects of a music festival with an exclusive location.

The main stage is set in a truly breathtaking square, a natural amphitheater shaded by the impressive Castle of Castelbuono and the lovely town is crowded by thousands of festivalgoers.

Getting to Castelbuono means discovering the inner heart of the most unknown Sicily: an unexpected journey through artistic, natural and cultural beauty, essential statements of the genuine Made in Italy.

The equipped camping area is located inside Madonie National Park, a spectacular natural area in the middle of the green woods that surround Castelbuono. Ypsicamping is a fantastic place where it’s possible to join the Festival in a friendly and absolutely relaxed atmosphere.

Ypsigrock Festival is also the best chance for a great vacation destination in the summer, completely lost among several Mediterranean’s undiscovered jewels: Cefalù’s marvelous sands, Pollina’s rocky shores with transparent sea and Madonie’s incredible peaks, all from the extraordinary panoramic position of Castelbuono, affording a magnificent view of a land rich in charm, decorated with a thousand colours and enriched by delicious cuisine.

Every year Ypsigrock Festival brings in Sicily, always for the first time ever, a wonderful selection of international artists, in a timeless and incredible spot.

It’s difficult to find a better place for people with a steady cultural, natural and musical attitude! Ypsigrock Festival is the centre of art.

Hundreds release video for ‘Our Past’!