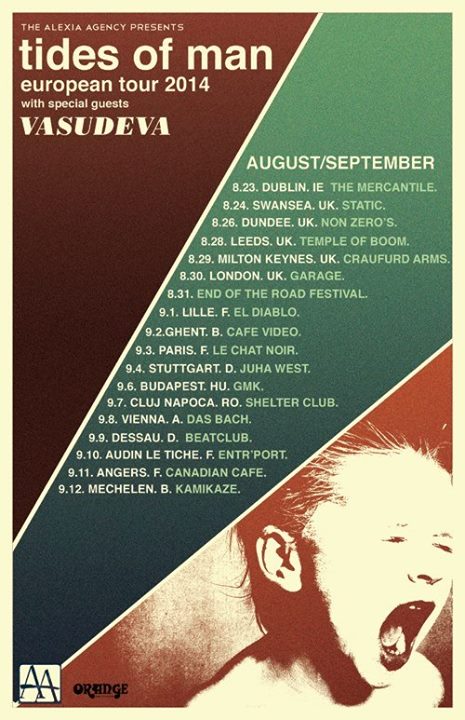 Our good friends in the ever so talented Vasudeva have just announced their first UK/EU tour alongside the incredible Tides of Man.

Vasudeva, are an inspirational act who won our hearts when we discovered their EP ‘Roots Of The Tree’. Released in 2011, the record even made Circuit Sweet’s end of year favorite releases. Since then Vasudeva have gained a reputable following and supporting fanbase which is growing from every new listener worldwide. An outstanding act who after releasing their phenomenal and flawless 8 track album ‘Life In Cycles’ last year- have proved their hard work is paying off. Chris Ratay, Derek Broomhead, Corey Mastrangelo and Grant Mayer are the unstoppable force making up this promising outfit.

We cannot urge our readers enough that this is a band you must support! Fall in love with them during their UK/EU tour with all dates below.

Listen to Life In Cycles in full here-