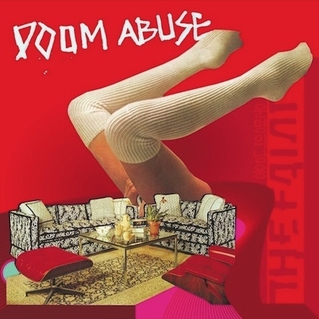 Over an impressive career exceeding 2 decades, The Faint remain a band that bands listen to. Much like the early years of Elbow and Biffy Clyro they have a world wide, die hard network of true supporters, yet they have not polished up their noise-art/dance-punk sound to appeal to a wider and less divergent audience.

Their appeal is understandable and their sound is instantly recognisable. An erratic infusion of analogue electronics and old school punk rock makes for a unique sonic representation that has matured through the years into their latest release – Doom Abuse. Much like their music, their title choices bare distinct recognition. The only notable line up that hinders distinct similarities is the late, great White Rose Movement, who probably took respectful inspiration from The Faint.

The opening track Help in the Head only proves their commitment to their virtue. Much like the rest of the album, the focus on noise, artistic feedback and a-tonal synthesis is a dominant and welcome feature. Proudly retaining overt plectrum noise on the trebly bass. Such work could easily rival the likes of HEALTH or A Place To Bury Strangers.

This record has some real stand out tracks, the first being Evil Voices. Opening with an ultra-low analogue, saw-tooth grumble, progressing into a sexy, sinister rhythm, you know this track is going to mean business. As the composition progresses it bares arrangement remnants similar to My Favourite Game by The Cardigans. It’s a driving song. The Faint are no strangers to the use of vocoders and such instrument plays a worthy rank in this song. But it does not reflect the wet signal dominance of the repeated lyric “like a cast shadow” which ended their Danse Macabre album hit Agenda Suicide from 2001. This is much more of a manageable mix, comparable to the verses of Understand by Yourcodenameis:milo.

The use of digital technology has remained an after thought in the craft of The Faint’s work, as lyrically reflected in Animal Needs – “we don’t need software to tell us we’re lost”. In previous albums they have resorted to amping up their analogue synthesizers in the studio rather than recording the instruments through MIDI or DI in order to retain their live, raw sound and punk heritage. So it comes as no surprise that their favourite vintage gear has returned on this release. They are known for the usage of instruments like the Doepfer A100 modular, Korg poly61 and MS20 amongst others.

Vocalist, Todd Fink frequents vocal distortion and manipulation both live and in the studio but adopts a more Andrew WK like vocal style in the modest, 2 minute mid album feature Scapegoat. Similarly, most tracks on this album don’t touch 4 minutes.

The penultimate track of the album, Unseen Hand is a respectful tip of the hat toward their 2001 release Danse Macabre. It appears somewhat nostalgic considering the matured aesthetic of the album but is an illustrious reminder of their previous deeds. With a rhythm distinctly similar to I Disappear from their 2004 success Wet From Birth, it is a medley for their signature features.

The closing track, Damage Control commences with a Casio-bossa-nova like electro beat and a whirring de-tuned melody. It induces fond recollection of The Knife, a refreshingly summery, bright yet mellow conclusion to an otherwise agile and aggressive album.