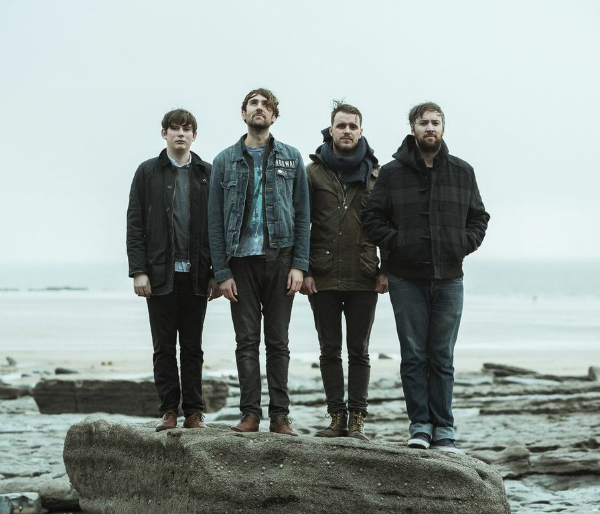 Cardiff-based four-piece Samoans have released a cut from debut album ‘Rescue’ for free download. The track ‘I Am Your Density’ encapsulates the direction the band is headed in and the band have also unveiled a music video to accompany it. Daniel Barnett (Vocals/Guitar/Piano) says “I get some of my best ideas when I wake up early and there’s nobody about. I remember waking up with this bass line in my head and instantly started writing what would become ‘Density’. I’ve never written a song so quickly before. Everything just fell in to place and it’s probably our collective favourite on the album.”

‘Rescue’ is available now on 12″ vinyl + download via Apres Vous Records (Hold Your Horse Is. The band have a number of live dates on the horizon, including support slots with No Devotion and Kids In Glass Houses.

Since forming in 2008, Samoans have established themselves as one of Wales’ up and coming talents, creating a collection of intricate, yet melodic songs, drawing influence from a range of different genres to carve out their own distinctive musical direction. They have worked relentlessly, booking their own tours, gradually building up a dedicated following in their very own niche of progressive rock. The band’s live shows are notorious for their energy, fretboard mastery and exhaustive drumming.

‘Rescue’ was written and conceived after singer Dan broke his back in December 2012. Samoans were unable to play together for a number of months but found the situation gave them impetus to explore a new direction and write an album. The isolation of writing and recording demos in the confinement of his flat helped Dan to test a new vocal approach which has given the album a more melodic and considered feel, leaving behind the math-laden sound that tended to prevail in the band’s earlier works and making way for a more expansive sound. Influences come from far and wide, as the band were listening to a lot of Oceansize, Nine Inch Nails, Dinosaur Jr, Mogwai and Reuben whilst writing and recording ‘Rescue’. The album was recorded in just five days by Todd Campbell of Straight Lines (who was the band’s first ever drummer) at Stompbox Studios in Pontyclun.