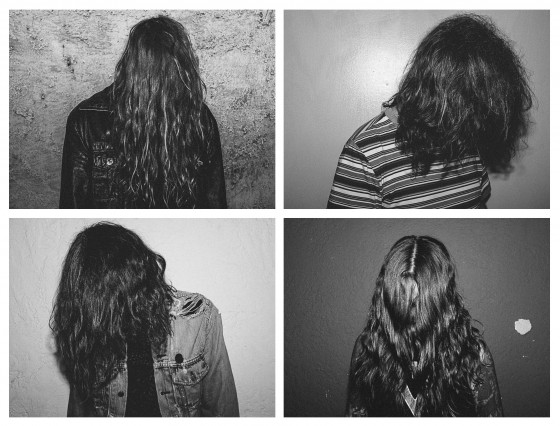 Southern Lord reveals the full details for Poison Everything, the debut full-length from Southern California’s unhinged punk/hardcore outfit, Obliterations.
Comprised of current and ex-members of Black Mountain, Saviours and Night Horse, Obliterations delivers a blazing blend of Poison Idea, Discharge, and Black Flag, set to a wild and thrilling live show. A day after returning from their Southwest US Tour in March, the band recorded with producer Chris Owens (Lords, Coliseum, Young Widows) at Dave Grohl’s Studio 606 in only three days. Mixed by Kurt Ballou (Converge, High On Fire, Black Breath) at God City Studio in Salem, Massachusetts, and mastered by Brad Boatright (Tragedy, Integrity, Sleep) at Audiosiege, the end result of Poison Everything is a thirteen-song, twenty-nine-minute record full of raw brutality, darkness and aggression, the album weaving its way through the annals of punk and hardcore, while still sounding fresh and vital.
The lead track “Mind Aint Right” is a two-minute blast harkening back to early ‘80s Japanese hardcore akin to Gauze, Lip Cream and GISM, whereas the scorcher, “Scapegoat,” walks a razor’s edge between d-beat Discharge influence and Swiss pioneers Celtic Frost, and “Shame,” which opens with a riff that lodges itself nicely between Spacemen 3 and The MC5. The band has always been very open to expressing their influences and inspiration by a bevy of diverse muses including Alan Watts, Laughing Hyenas, Blue Oyster Cult, The Stooges, Alice Cooper, Paul Bowles and Suicide. The blueprint isn’t the point here, it’s the results. The sound is abrasive and raw, driving and aggressive, and fully infectious. Obliterations’ mission is simple a one; write, record, tour, and that’s just what they do.
Poison Everything will see release on Southern Lord, October 27th in the UK/Europe. The track listing and cover artwork by renowned tattoo artist, Derrick Snodgrass have been released, with samples of the album’s destructive audio content, several official videos and much more to be announced in the coming weeks.
In addition, Obliterations will embark on a two-week US West Coast Southern Lord tour in October, including dates in Canada with fellow labelmates Baptists and Torch Runner, and also joined by ‘80s Texas punk legends, Offenders, on select dates in California. The band will then fly over to the UK/Europe in November and December for an extensive run of dates throughout. More details on both tours to follow.

Poison Everything Track Listing:
1. Mind Ain’t Right
2. The One That Got Away
3. The Narcissist
4. Poison Everything
5. Black Out
6. Head Wound
7. Scapegoat
8. Shame
9. Normalized Decline
10. Ad Nauseam
11. Open Casket
12. The Middle Of The End
13. Crawl Inside
https://www.facebook.com/Obliterations
http://obliterations.bandcamp.com
https://twitter.com/obliterations_
http://www.southernlord.com
http://southernlord.bandcamp.com
https://www.facebook.com/SLadmin
http://twitter.com/twatterlord