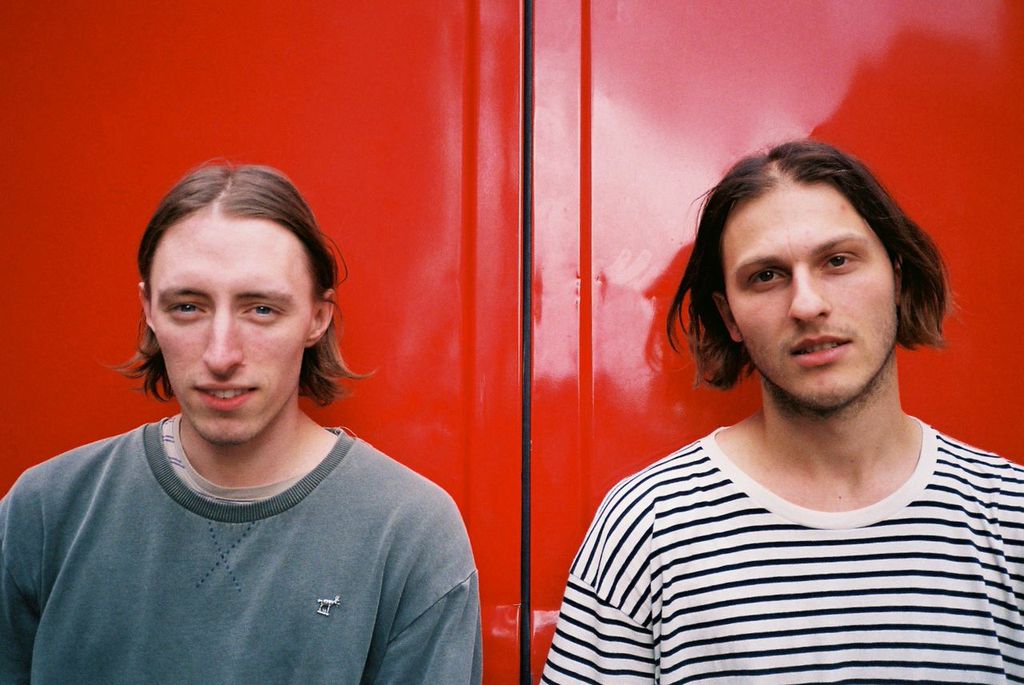 TAKEN FROM SPLIT WITH PLAYLOUNGE

Premiered at Consequence Of Sound HERE

Indie-rock two-piece Nai Harvest (signed to Topshelf Records) return with “Buttercups”, their most overtly melodic track yet, and one that pays as many dues to the likes of Ride, Chapterhouse, early Superchunk, classic lo-fi and dreampop as it does the fiery emo and punk spirit of their previous output.

It’s a song about distance, and trying to be fair and honest with someone you’re in love with who lives far away but you’re not in a legitimate relationship with. You’re allowed to do what you want with whoever you want but do you really want to do it or not?

Sounding, as ever, a whole lot bigger than just the two of them, “Buttercups” is the A-side of their split with Playlounge, which sees both bands contributing a new track and, in turn, a cover of each other. The record will be released on 12″ flower shaped vinyl (7″ playable).

Topshelf Records will also have copies of the split available in the US.

Following an explosive UK tour with Gnarwolves in December, the duo followed this with support slots for Real Friends, You Blew It! and Modern Baseball’s UK tour in May and after key festival appearances, including Tramlines and Beacons, they will be on the road again with Superheaven in September.