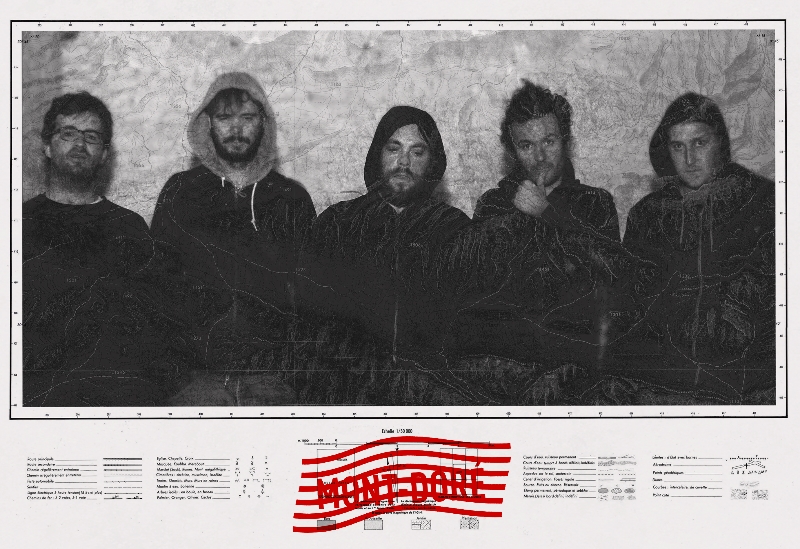 Brussels’ MONT-DORÉ is a project exploring various musical territories between post rock, post-hardcore and screamo. The band has built  a strong live reputation thanks to its incredible VJ-supported live performances, and has already shared the stage with acts such as CELESTE, BIRDS IN ROW, WE CAME OUT LIKE TIGERS and DEATH ENGINE among others.

“Sometimes you’ve got to let the sweetest things go. And it hurts. Because you can’t take any better decisions. Time is passing by, and you discover yourself a better and deeper human being. And you smile at the irony it all. “No Place Like Home” talk about this. It’s a sad and happy (self) love song.

The video is a complex and (nearly) organised flux of footages captured during our shows and journeys. It can be seen as a summary of our first year of music as Mont-Doré. It is all about meeting cool people, and making every night count. The intention was to create something dense and physical. Something, full stop.

We’re currently working hard on a whole new EP. Rehearsals after rehearsals. There’s no release date at the moment. We plan to test some new songs during the shows to come. On your good self if possible.We’re quite excited about those new creations. Playing live is actually what we enjoy the most. That red and black space and the physical contact with human beings is precious to all of us.” Mont-Doré – “Escalades” is still available on Black Basset Records in digital and limited edition 12″ vinyl (250 copies on red and 50 copies on black).

“No Place Like Home” is the exclusive track only available on the vinyl version of the “escalades” EP. The whole EP can be streamed here.

The album is available on Itunes, Deezer and Spotify (among other streaming retailers)

The album is also available through :
Mandai Distribution in Benelux
Code 7 Distribution in the UK
SM Musik in  Germany
CD1D, Throatruiner Records and Eastrain in France